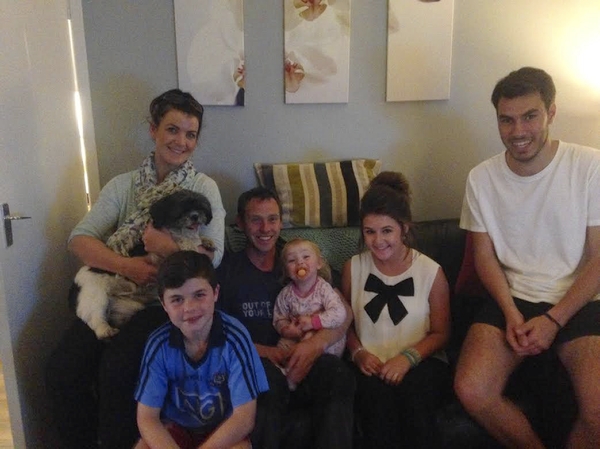 On June 24, 2015, I embarked on the trip of a lifetime. I received a letter in the mail last August asking me to attend a meeting for a student ambassador international traveling program called People To People, an educational traveling program for middle and high school students with headquarters in Spokane, Washington. In 1956, President Eisenhower founded the program in order for young people around the world to bond, bring peace and make a positive difference to the world.

When I received the letter inviting me to an informational meeting on a trip called Celtic Cultures, visiting England, Northern Ireland, Scotland, Wales, and Republic of Ireland, I was very hesitant, because I had never heard anything about this program. Knowing that traveling the world has always been my dream, however, I felt that this would be a wonderful opportunity. Along with many others, I signed up for an interview the following month in order to be selected as one of the 34 students to travel on this trip in the summer of 2015. I received a phone call in October informing me that I would be traveling with the program, and I was ecstatic!

After many orientation meetings over the past months, the departure date was finally here. I said goodbye to my family and friends and departed from Charlotte Douglas International Airport. I then had a connecting flight in Newark, New Jersey, in order to get to Edinburgh, Scotland. I spent about a week touring the whole country of Scotland doing compulsive activities such as a wildlife safari, a boat tour of Loch Ness, visiting castles, taking golf lessons on the oldest course in the world, St. Andrews, and so much more.

From Scotland, I made my way to Northern Ireland, which is a completely different country from the Republic of Ireland. I visited beautiful beaches and did community service while I was there. Also, I attended a traditional Irish Ceilidh, a historical program full of dancing and singing. I was invited to be a part of this program and perform gymnastics and tumbling in front of everyone, which was very exciting. In the Republic of Ireland I stayed with a host family. This means that I went to live with a local Irish family in order to further understand Irish culture. My host family was very welcoming and I miss them so much already!

From Ireland I headed for Wales. While in Wales, I spent a full day visiting a medieval castle that I got to repel from. I also went to the seaside and had lunch there. What a beautiful view!

My last stop on this amazing trip was England. We were very close to Shakespeare’s town, Stratford! While in England, I visited one of the most famous cities in the world, London! This city will always have a special place in my heart. While in London, I saw many famous sights such as Big Ben, Westminster Abbey, London Bridge, and St. Paul’s Cathedral. I also rode the London Eye and visited Buckingham Palace, where I saw the queen and the royal family! It was the 75th anniversary of the Battle of Britain, so they all made an appearance at the palace. This was one of the coolest things I have ever experienced!

On July 12, I made my way back home to North Carolina. Although I was upset to leave Europe, I was more than ready to be home and see my family.

Since returning home, I have had a chance to reflect on my trip of a lifetime. I am more than grateful for the opportunity that People To People gave me to see other people’s viewpoints, cultures, etc. I would like to thank my parents and grandparents for helping make this trip possible for me. Without them, I would never have been able to experience any of this.

Traveling the world has been my dream ever since I can remember, and being able to do so at the age of 17 is so awesome! This trip offered me a chance to follow my dreams and make them a reality. I strongly encourage everyone to travel at some point in their life, because the amount of knowledge that you will gain just from interacting with people around the world is truly astounding.

I hope that I will continue to travel the world for the rest of my life and make a difference while doing so. I am hoping to eventually visit Africa, Australia and Bali in the future. Thank you to everyone for the thoughts while I was away. This was a great opportunity and I am so thankful to have had the chance to experience the European lifestyle.