Salisbury will come alive with ‘The Sound of Music’ Aug. 21 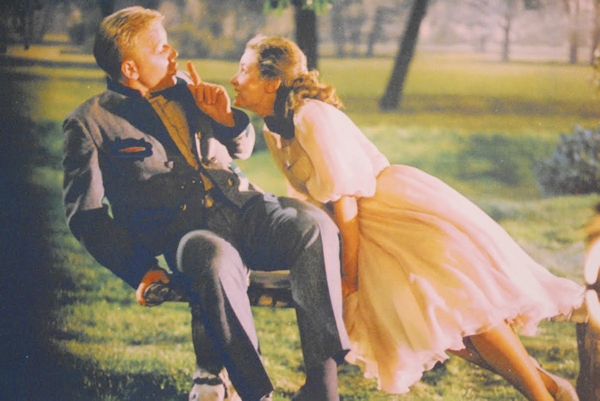 Daniel Truhitte, playing 'Rolf,' and Charmain Carr, playing 'Liesl,' perform the song 'Sixteen Going on Seventeen' in the movie 'The Sound of Music.'

SALISBURY — On Aug. 21, Salisbury will be the place to celebrate the 50th anniversary of the movie classic “The Sound of Music” both inside and outside the Meroney Theater.

A one-time viewing of the movie will be offered, and the evening’s special guest will be Daniel Truhitte, a Concord resident who played the role of Rolf in the 1965 film starring Julie Andrews.

But there’s a lot more to “A Sound of Music Anniversary Celebration.”

The Meroney Theater’s doors will open at 4:45 p.m. for drinks and finger food. In the lobby, local actors dressed as members of the von Trapp family will be singing and serving as ushers. As emcee for the evening, Truhitte will provide an introduction before the movie starts at 5:30 p.m.

Truhitte and the von Trapp players will be leading the audience in song throughout the movie. There will be a 15-minute intermission and, at the film’s conclusion, Truhitte will answer questions from the audience that were submitted prior to showtime.

The audience will be invited to partake in more drinks and snacks before exiting to the sidewalk. Under the theater marquee and accompanied by someone playing one of the Salisbury Symphony’s downtown pianos, Truhitte will dance and sing his signature song, “Sixteen Going on Seventeen,” with any female wanting to have her picture taken with him.

It’s all free to the public, but seating is limited. The Meroney Theater seats 361 people.

Some of the costs the symphony is trying to cover are Truhitte’s fee, rental of the Meroney, projection equipment rental, the movie license and costume rental.

Donations for the event are tax-deductible.

Mary Miller James, a symphony board member, and Gwen Matthews, musical director for The Norvell, have been planning the event.

James said she is contacting some of the actors who were in the 1978 Piedmont Players production of “The Sound of Music” to help in leading the sing-alongs during the show. They include Patsy Parnell, Jenny Hubbard, Susan Trivette, Jeff Ketner, Mike Cline, Kent Bernhardt and Kathy Pulliam.