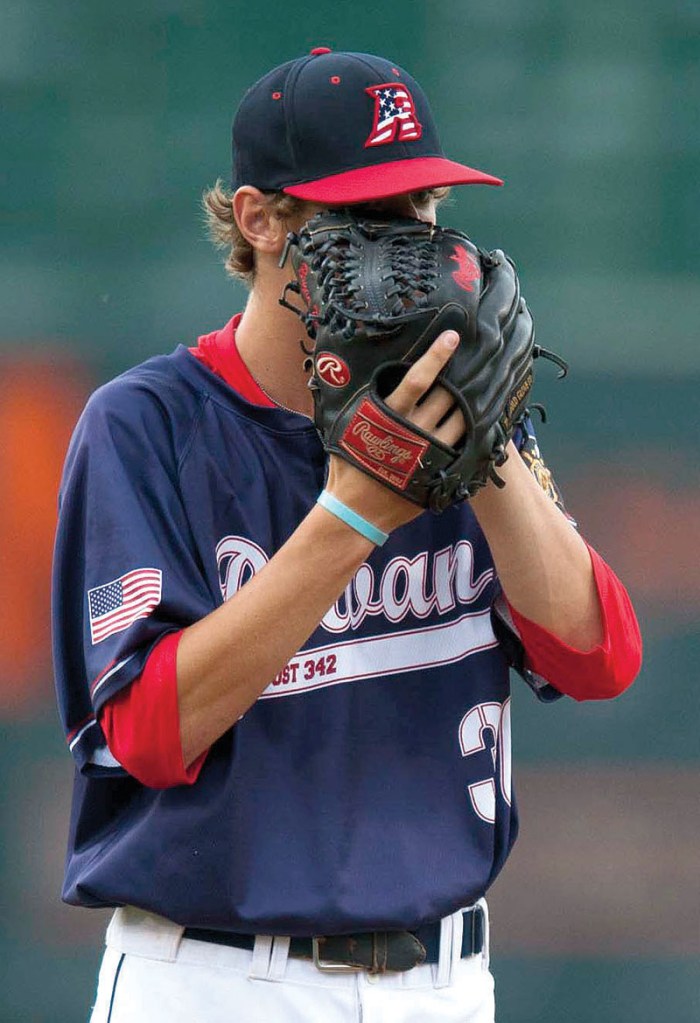 SALISBURY — Rowan County is back in the driver’s seat in its third-round playoff series — and it’s mostly Bryan Ketchie’s doing.

The unbeaten left-hander pitched with polish and power in Tuesday’s 9-1 victory over visiting Randolph County. Rowan leads the best-of-five series 2-1 and can clinch the series with a win Wednesday in Asheboro.

“Ketchie was outstanding,” coach Jim Gantt said after Rowan (22-6) won for the 20th time in its last 22 games. “The other team can’t get any momentum if Ketchie does what he just did. He kept them at bay and stifled their bats. He worked both sides of the plate and back-and-forth, the way Greg Maddux used to pitch. You’re either hitting the ball in the air or beating it on the ground.”

“It was a fun game,” said Ketchie, a rising senior at West Rowan. “I was locating my fastball and the defense was great behind me. They had a heck of a night and made some really good plays.”

Ketchie blended a crisp fastball with occasional change-ups and curves. He struck out four, walked none and induced 12 groundouts, including double plays that choked off Randolph rallies in the first, second and fourth innings.

“They took us out of what could have been some big innings,” said Post 45 coach Ronnie Pugh. “That kind of takes the air out of you.”

“Any pitcher’s good when he’s throwing strikes,” Ritchie said. “But he was locating his fastball mostly low and away. They were just beating pitches off the plate into the ground.”

Of course, Ketchie had help from his supporting cast. Third-baseman Juan Garcia continued his assault on Area III pitching with a first-inning homer, a fifth-inning double and a pair of walks. He launched a 3-2 pitch from right-hander Bobby Weary over the Chamberlain Exterminating sign in left field to trigger a three-run first.

“I thought he’d throw me another fastball, and it was right over the plate,” Garcia said afterward. “We had to win tonight, and that was a good start. As a team, we came out with a new, different style of hitting. We were smart hitters, seeing the ball up and hitting it in the gaps.”

Others made sizable contributions. First-baseman Hunter Shepherd drilled two doubles and made at least two out-saving scoops at the bag. Heath Mitchem, still nursing a hamstring injury, returned after sitting out Monday’s loss and stroked two run-scoring singles and a sac fly. And Riley Myers — Rowan County’s Game 4 starting pitcher — went 2-for-3 with two RBIs and reached base four times.

It left Pugh scratching his head.

“We got hurt tonight when our pitchers fell behind in the count,” he said. “Their guy hit his strike spots better than our guys did. That’s what good teams are supposed to do.”

Rowan’s best guy was Ketchie. Through seven innings he faced only 22 batters — one more than the minimum — and no Randolph baserunner had advanced past first. That changed in the eighth when he began to tire.

“I asked Gantt to let him finish this thing,” Ritchie said. “He probably could have.”