‘Impeccably honest’ Clement knew how to sell a car 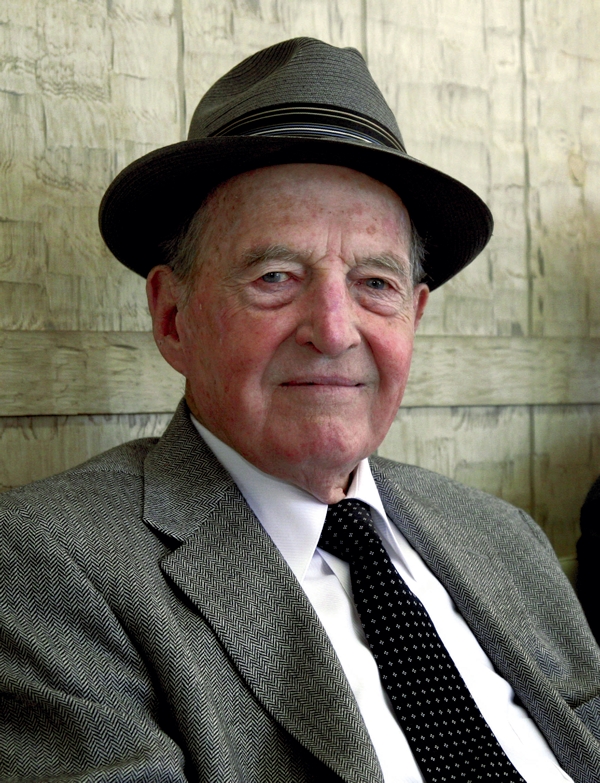 Don Clement Jr. poses for a photo in the showroom of Salisbury Motor Company on May 20, 2009. Andy Mooney/Salisbury Post file photo

SALISBURY — Decade after decade, the many folks who bought their Buicks from Donald Clement Jr. at the family business, Salisbury Motor Co., usually became his friend in the process.

It was difficult not to like this easy-going, cigar-smoking, Southern gentleman.

But few people probably realized that under the surface was a tough-as-nails Marine, who fought for his life in hand-to-hand combat at Guadalcanal during World War II. In a video interview he did for the Post within the past couple of years, Clement spoke of those four fierce months it took the Marines to wrest Guadalcanal from Japanese control in 1942.

Those were days when he watched good friends die just feet away from him.

“They would charge at night — you couldn’t find a Jap during daylight,” Clement said. “At night they would come out of the woodwork, hollering, screaming, shooting, and they weren’t big guys. You could carry them on the end of your damn bayonet if you hit them right.”

Clement died last week at the age of 94, and his funeral will be held at 2:30 p.m. today at St. John’s Lutheran Church, because his home church, St. Luke’s Episcopal, is under renovation.

“He was a man that I never knew of anyone who didn’t look up to him,” his son, Donnie, said Monday.

Clement Jr. forged more than a 70-year association with Salisbury Motor Co., and even into his 90s, he still enjoyed going to the West Innes Street dealership one or two times a week and talking with customers. After Clement quit driving himself, his longtime companion, Jewel Ziprik, would take him to Salisbury Motor Co., or Donnie might do the honors.

Donnie Clement said his father’s long-term memory remained good, and he often knew — and had sold cars to — the parents and grandparents of modern-day customers walking into the showroom.

And he knew how to sell a Buick, which had been the flagship brand for Salisbury Motor Co. since the dealership’s founding in 1919 by his father, Don Clement Sr.

“He was probably the best I’ve ever seen,” Donnie Clement said. “If he didn’t know the customer, he befriended him first and sold him the car second. … He knew what it meant to give people good service at a fair price.”

When it came to running the dealership, Clement Jr. drove his lessons home in a way you wouldn’t forget, Donnie said.

“He had a very unique way of getting a point across without making you mad,” Donnie added.

One day, Clement Jr. told his son he wasn’t controlling his expenses at the dealership, and Donnie protested, countering that all aspects of the company were within budget.

His father suggested they go into the men’s room where they wouldn’t be bothered, and he told Donnie to lock the door before he repeated, “You need to be aware of expenses.”

As Donnie explained again that everything was in order, he saw his father pointing up to the bathroom ceiling light.

“It stayed on all night,” Clement Jr. said, unlocking the door and walking out. Donnie made sure the bathroom lights were never left on again.

Clement Jr. was a lifelong member of St. Luke’s Episcopal, a Rotary Club member with 67 years of perfect attendance, a former president of both the Salisbury Country Club and the National Sportscasters and Sportswriters Association Hall of Fame and a veteran of World War II and the Korean War.

“If he told you he was going to do something, he did it,” Donnie Clement said. “He always wanted to do something for someone else, and he didn’t mind working.”

As an athlete at Boyden High School, Donald Clement Jr. was a running back on the football team, and he twice won the state wrestling championship in his weight class with an undefeated record. He captured the state crown in the 145-pound class in 1938 and the 155-pound class in 1939.

Clement went on to wrestle briefly at the University of North Carolina at Chapel Hill before the war came. He enlisted in the Marine Corps after the Japanese bombed Pearl Harbor.

In his interview with the Post, Clement said he was upstairs shaving and getting ready to head for church the Sunday morning his aunt called with news about the attack, which plunged the country into the war.

Clement said he enlisted because “I was mad. They jumped on us — the Japs. I also was afraid because they were coming on.”

He took his basic training at Parris island, S.C.

“It was a tough place to be — and hot — and guys wanted to see how mean they could be, drill instructors and that,” he said.

Clement eventually was shipped to the West Coast to be part of the Marines’ effort in the Pacific theater. He recalled going under the Golden Gate bridge as he and his fellow 1st Division Marines sailed west.

“I remember looking up and down, and I said, ‘I wonder if I’ll ever see Salisbury again,'” Clement said.

It wasn’t until the Marines were out at sea that they were told they were headed for Guadalcanal,  site of America’s first land invasion of the war.

“We caught them completely napping,” Clement recalled. “They were eating breakfast when we moved in on them, and they took off to the hills. They got together up in the hills (and) had replacements coming in.”

The Japanese dug in, and casualties were high on both sides until the Marines won out.

“We were better men than the Japs,” Clement said in the Post interview. “We felt we were, and we made sure we were going to be. That was a a matter of being sure of yourself in the thing. We did a damn good job on the Japs. We made them surrender.”

Donnie Clement said his father had seldom talked about World War II. He first heard some of his father’s more detailed stories during that video session with the Post.

As Clement battled illnesses and had to move to retirement homes and nursing facilities, Donnie Clement said his father never complained. He was such a devoted Rotarian — and his attendance record was so important to him, Donnie said — because his father and all three of his father’s uncles were Rotarians.

Betty Dan Spencer, who assembled a scrapbook for the family, described Don Clement Jr. as somewhat of a philosopher, an easy-going man who when called upon could recite “The Ballad of Sam McGee” in its entirety.

Spencer recalled how her father, Dan Nicholas, and about a dozen others, including Clement, once formed a men’s-only social group centered on land with a pond off Ridge Road. They called it the Lakeside Fishing Camp, and members owned (and passed down after their deaths) stock certificates in the property.

Clement eventually bought up all the stock, and the family plans to meet at the old getaway today after his burial at Rowan Memorial Park.