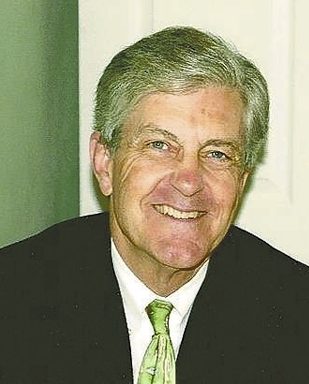 Respect: This singularly powerful word came immediately to mind as I happened to think upon the events of late surrounding the issue of symbols of our county’s past.

The tying-of-ourselves-into-knots has become a great pastime of the local citizenry over the past decade or two, when a faction raises a serious concern over some local issue of worth. We then tend to expend far more energy in building the knot than in unraveling the twists in the rope. I say this, as an admitted knot tier, not to berate us, but to possibly clear your mind should you read on concerning our current rope: the intertwining perspectives of our Southern heritage and history. And, for full disclosure, as a white man born in the 1940s in Rowan County, I can claim some understanding of the days of Jim Crow, but am compelled to admit to no claim of even modest understanding of what it was, and is now, to be a black person; most probably a child of enslaved peoples.

So, to our current discussion of the monument to local soldiers who fought and died for the Confederate States of America, I offer food for thought as a next step. The monument is commonly known as “Fame.” The reasons for serving in that conflict were as numerous as the men themselves, and most were there not by choice but as a result of men and forces of politics and economics beyond their control. Might we leave the memorial on West Innes as a simple statement to acknowledge sacrifice by those who were caught in the winds of history of their time?

Intertwined within this rope of history is, I believe, the longer and larger strand of the sacrifice of enslaved peoples. Begin with a simple fact: the numbers of people enslaved over the pre-Civil War century in Rowan County, who lived and died in unmarked servitude, exceeded the numbers we honor in “Fame.” Think for just one moment of the bleak lives of those whose labor was stolen; whose loves were but mere possessions of others; whose forced efforts went a long way in building the economy of Rowan at that time, and whose few pleasures in life came at the deference of another. With this perspective, might we today be compelled to acknowledge that this prism of history focuses on the creation of a memorial to the sacrifice of enslaved peoples?

Might the current stamped concrete area at the western end of the median at West Innes and Jackson Streets be the home for such a memorial? Might, somehow, the city of Salisbury and the county of Rowan lead in the tricky acquisition of this small plot? Might private groups then, as was done for the creation of “Fame,” provide funds to create thereon the memorial, which might become known as “Respect”?