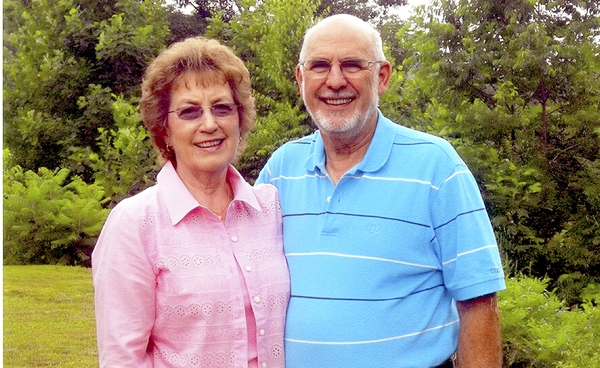 Terry Marcus Swaim Sr. and Susan Crisp Swaim of Bryson City, N.C., celebrated their 50th wedding anniversary June 26, 2015. They were married in Fernandina Beach, Fla., at the First Presbyterian Church June 26, 1965.
They resided in Salisbury for 27 years before moving to Bryson City.
They have three children: Terry Jr. and wife Melinda; Tracy; Janet Loeblein and husband Doug. They have five grandchildren: Kathryn, Meredith, Berkley, Noah and Nicholas.
A surprise celebration given by their children was held in Bryson City.