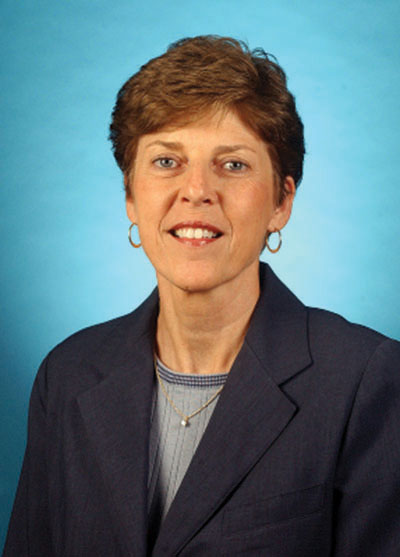 For decades, Landis native Dr. Beth Miller held jobs laden with responsibility at the University of North Carolina — Senior Woman Administrator (since 1981) and Senior Associate Director of Athletics (since 1995).
Miller retired July 1 after giving UNC 40 years, nine as a professor/coach and the last 31 in administration. During her watch, women’s college sports rose from nowhere to notable. Men’s sports, usually lost in the the giant shadows cast by football and basketball, flourished at UNC with Miller pushing gently behind the scenes.
On the day she retired, Miller was in charge of 13 Tar Heel sports programs — men’s and women’s cross country, men’s and women’s fencing, women’s golf, gymnastics, rowing, men’s soccer, men’s and women’s indoor and outdoor track and field and volleyball.
All are sports once labeled as “non-revenue” sports. Miller prefers “Olympic sports.”
“Non-revenue sounded pretty negative,” Miller said in a phone interview. “Especially for sports that were doing well.”
Miller is not only an ex-coach, she’s an ex-player. She was a competitor from the start.
When Miller was coming along at South Rowan High in the 1960s, there were only two varsity sports for girls — basketball and tennis. She played both.
She played basketball in an era when rules made the girls game far different from the game their male classmates played. Miller played two variations of 6-on-6. At first, three guards played defense only, while three forwards were limited to the offensive end.
“During my years at South Rowan, the thinking changed,” Miller said. “There were two rovers who could go all over the court, and I was a rover. The girls game was so different because people didn’t believe girls had the same stamina the boys had.”
Rovers helped girls basketball evolve. By the 1970s, girls in North Carolina were playing the standard 5-on-5 game.
Miller was South Rowan’s first 1,000-point scorer. In her junior and senior seasons, her 776 points were 64 percent of South Rowan’s total. She had a 37-point game that wasn’t matched at the school until the 1990s and wasn’t topped until Avery Locklear scored 43 in the 2012-13 season. Miller also produced a 36-point game and back-to-back 33-point games.
Early in her senior season at South Rowan (1964-65), Miller had a rough night against East Rowan. She was held to one field goal (plus eight free throws), and South Rowan lost 28-23.
After a week of hearing about it, Miller was intense. In the rematch, she matched the Mustangs’ output by herself, scoring 24 points in a 33-24 victory.
If she’d come along 10 years later, Miller would’ve been a big-time recruit. But when she headed off to Appalachian State, the school had no varsity women’s teams. There were club teams and intramurals. Miller played tennis, volleyball and basketball. She finished her degree in three years and was named Appalachian State’s outstanding female athlete in 1968.
While Miller was in graduate school at Appalachian, earning a masters in physical education, the school started women’s varsity teams. Miller coached ASU volleyball and basketball from 1969-72.
Title IX became law in 1972. It protected women from discrimination in education programs that received federal financial assistance. That changed the playing field for women’s athletics.
“Title IX got it going, got the wheels rolling and started people thinking about equal opportunities for women,” Miller said. “But it took another 10 years before most people accepted that it wasn’t just an idea — it was the law.”
In 1974, Miller received a doctorate degree in P.E. from Middle Tennessee State. In the fall of that year, she started her career at UNC where Title IX was creating change. That was the year UNC granted its first athletic scholarship to a woman.
Miller went to Chapel Hill as a P.E. instructor and lecturer.
“But the women’s sports teams also fell under the P.E. department,” Miller said.
UNC had just two full-time women’s coaches. So Miller coached the volleyball team and softball team in addition to her academic duties. She coached UNC volleyball nine years. The ACC sanctioned a women’s volleyball championship in 1980, and Miller’s teams won the title each year from 1980-83.
In Miller’s early coaching years at UNC, women’s sports were administered by The Association for Intercollegiate Athletics for Women. By the early 1980s, UNC women’s sports programs were part of the NCAA.
Miller’s administrative career began in 1985, and her fingerprints were on 30 national championships, 21 in women’s soccer. There were also national titles in men’s soccer, women’s basketball, field hockey, men’s and women’s lacrosse and women’s tennis. She was the supervisor of 26 sports programs for many years, including baseball and soccer.
Miller worked right up to her retirement day — and then a little more.
“Well, there were a few things I needed to finish up,” she said.
It hasn’t sunk in yet that she’s a retired person.
“It just feels like I’m on vacation,” Miller said. “But I’m getting ready to go on a real vacation. When I come back from the beach, that’s probably when it will hit me.”
Miller was honored by UNC with the Massey Distinguished Service Award in 2008, one of the most prestigious honors the university bestows.
She was inducted into the Salisbury-Rowan Hall of Fame in 2012.
“It’s been a satisfying career,” Miller said. “I was fortunate and things fell into place for me. I got to see a lot of young women and men excel. I got to do something I loved doing for 40 years.”