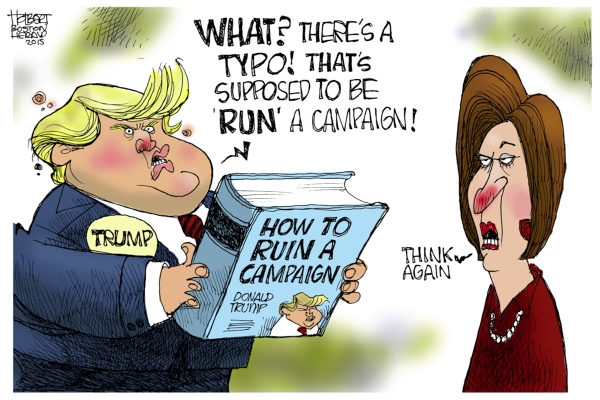 Gun control has not taken guns away

Wes Rhinier’s My Turn article “No. 1 in guns, but not in murders” makes some valid points regarding gun ownership rate and the relationship to the murder rate. The United States by far has the highest rate of gun ownership in the world, yet the gun murder rate is somewhere in the middle of all countries based on data from various mainline sources. This I suppose is his evidence that gun control laws don’t matter when it comes to reducing gun violence.

He also fails to mention that for developed countries that have a low rate of gun ownership, they have very low rates of gun murder relative to the United States. So, there is some relationship regarding the number of guns and gun violence.

Finally, Mr. Rhinier trots out the gun Second Amendment fundamentalist trope that Hitler, Stalin, Mao et. al banned guns which led to their instituting their dictatorial ways. The Hitler gun confiscation is a myth not supported by the historical record. Stricter gun laws existed before Hitler took power and the one important restriction change was for the Jews and not all Germans.

The recent rainbow lighting of the White House is one of the most shameful events ever carried out in this country. To use that facility — built, paid for and fought and died for by Christian people — as a slap in the face is as low as anyone can be.

Christian people have fought many battles over the years. They have won some and lost some. They don’t cry when they lose or gloat when they win. They have been persecuted, fed to lions, executed and imprisoned, but they are still here.

The opposition has said it’s all about love. I fail to see the love in recent actions.

Christians are not going away; they are just getting prepared for the next fight.

I would like to give my perspective as a non-racist person about the Confederate flag. When I see the flag, I see a time in history when the North was more advanced in the industrialization of manufacturing goods and/or services.

To increase their area, they needed more machines and less workers in all parts of our country. During these times (mid-1800s), that meant in the South. One way to accomplish this was to abolish slavery so that the plantations would need machinery to replace the slaves. Machinery would have to be purchased from makers in the North.

The war became thought of as blacks (slaves and non-slaves) vs. white (owners and non-owners), but the economic impact of war is always a huge factor. Greed is usually a predominant cause of conflicts, more so than moral issues.

The government (we) uses moral issues to motivate and/or influence a greater majority to become involved in their (our) greedy ventures.

I’m sorry to the ones that can’t see past their prejudices and see more than racial issues when looking at a flag or any other inanimate object. I see much more struggle when I look at an American flag, for which many more lives were and still are lost to maintain our freedoms — including freedom of speech and freedom to practice religion of choice. These are two of our Founding Fathers’ issues that are fast fading away.

I think people who see hatred when looking at objects also feel this hatred within themselves. Open your mind and inner self to receive the Holy Spirit and we can end this hatred of each other, no matter what the issues or triggers. These will be replaced with love.

Gun permits are for law-abiding citizens to protect themselves and their families from people who wish to do them harm.

It has nothing to do with a sheriff’s gut feeling. It’s the law. But if you don’t have someone to blame for everything, you probably wouldn’t have anything to talk about.

Our society has been made painfully aware of Jefferson’s letter mentioning the separation of church and state such that it is often regarded as “constitutional.” However, we have neglected the insight and wisdom of other contemporary leaders:

George Washington wrote in a letter dated Oct. 9, 1789, “It is impossible to rightly govern… without God and the Bible.”

John Jay, the first chief justice of the Supreme Court, said, “Providence has given to our people the choice of their rulers, and it is the duty as well as the privilege and interest of our Christian nation to select and prefer Christians for their rulers.”

John Adams, Washington’s VP and our second president said, “We have no government armed with power capable of contending with human passions unbridled by morality and religion. Avarice, ambition, revenge, or gallantry, would break the strongest cords of our Constitution as a whale goes through a net. Our Constitution was made only for a moral and religious people. It is wholly inadequate to the government of any other.”

Recently the Supreme Court once again bucked the founding principles of our country. Based on a 5-4 vote, they disregarded tradition, precedence, virtue, faith, reason. The laws of our country are bound by their decisions regardless of how amoral they might be.

For those who still adhere to the complete authority of God’s Word, welcome to the new Rome — a place where the mob rules and the true Christian faith was persecuted. Eventually Rome was won to Christ. Will revival descend upon our nation, will godlessness continue to consume like a cancer, or will Christ’s return settle the issue? In the meantime, welcome to a government which at every level has regarded the Christian morals and faith that established our nation as irrelevant and worthy of elimination.

I am a 49 year old male who has lived with stage 4 pancreatic cancer for over a year. Nothing in life prepares you to live with the one word you fear the most — cancer. I have had surgeries, chemotherapy and radiation therapy. Nothing has worked on the tumors that have spread to my liver.

At this point I am trying clinical trials in hopes that by the grace of God one will work.

Knowing you have cancer changes you, it makes you want to live and do and see things to make your last days memorable not just for you but the people around you.

When I first started this journey I had a partner who stood by my side and promised to do whatever it took to get us through this terrible disease. I held on to that promise; it kept me going and believing that this could be beat. Halfway through the treatments they decide they needed someone else. This shattered my belief in life, love and humanity.

So, for anyone that cares for someone with a terminal illness, do whatever you can to love, and honor them. It does make a difference in their lives.

It always has amazed me how people can take something and create a problem from it. The Rebel flag or Confederate flag was used by the South when it was at war with the North. The American Civil War had seven Southern slave states individually declaring their secession from the United States and forming the Confederate States of America.

Four years of combat left over 600,000 Union and Confederate soldiers dead and destroyed much of the South’s infrastructure. The Confederacy collapsed and slavery was abolished.

The Civil War has been commemorated in many ways, from the reenactments, to statues and memorial halls, to films, to stamps and coins, all of which helped to shape public memory.

My school’s sports teams were the South Rowan Rebels. We used the flag as a team flag for our school. But one day it was an issue and the white students walked out when told to quit using it. Fights broke out.

It changed to the Raiders. Not one white person in that school related it to slavery! Not one! Just to our pride to be Southerners.

Now that flag is causing problems, again, over nothing. No one is relating it to slavery today. But some just want to keep a long ago thing fresh to make a statement. They say they want to forget and go on. You can’t do both at the same time. Slavery was abolished long ago. Deal with it and go on. The flag is just a Southern pride thing, nothing else.

The Arab nations engaged in terrorism in the 1790s, and continuing well into the 1800s, particularly along the southern coast of the Mediterranean Sea. They were defeated first by Thomas Jefferson (you know, the guy whose memorial the crazies currently want to close), and finally by European countries. They recognized those areas lacked the capacity for self-government, so they made these areas colonies.

The situation has not changed, except that these areas are more dangerous now, more determined to throw the world into chaos. I commend to readers an article from the October 4, 2001 edition of the Wall Street Journal (available online): “Outlaw States and Western Colonies, Then and Now,” by Paul Johnson.

By re-instituting colonialism, Western powers would actually be securing peace, saving innumerable lives, and reminding those colonized that America and Western Europe requires that independent countries conduct themselves as neighbors, not bandits. The only alternative to this is perpetual and unpredictable assaults upon America.

In contrast to a daily dose of murder, mayhem, violence, and venality, I find David Freeze’s commentary singularly refreshing!