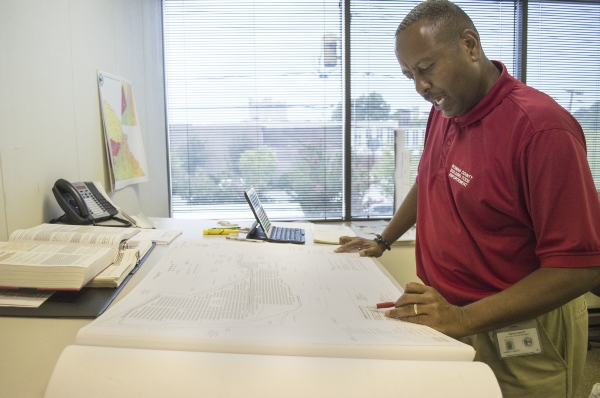 Two months ago, commissioners approved a program called Build 24/7. It was intended to boost the speed of building permit approvals.

For regular commercial plans, Rowan County Building Inspections aimed for seven-day reviews. With a $2,500 fee, developers could have plans reviewed in 24 hours.

Building Inspections received its first request for a 24-hour review this week, and completed it faster than the set timeline.

The review was for a solar farm — called Buddy Solar LLC — between Gold Hill and Rockwell. Its address is listed on the commercial plan review application as 450 St. Peters Church Road.

The solar farm is associated with Asheville-based FLS Energy. The company lists a total of 20 completed solar projects in five states, and varying sizes, on its website.

The approved solar farm in Rowan County measures 21.85 acres, and the total size of the parcel is 37 acres.

Building Inspections Director Thomas O’Kelley said the solar farm review was relatively easy, and an important step forward for the speed of development in Rowan. A multi-story hotel, for example, would be a more difficult review to complete in 24 hours, he said.

Building Inspections received the application at 4:30 p.m. on Wednesday. O’Kelley said the review was approved early Thursday afternoon. Electrical code compliance was one part of the plan that required approval, O’Kelley said.

“It’s a pretty big deal for us to be able to get the plan approved in 24 hours,” said County Manager Aaron Church. “We’ve proven that we’re able to meet the deadline. We’re bragging today, but at some point we may have four in one day and not be able to meet it. But, that’s a good problem to have because it means there’s so much growth we have to hire another inspector.”

The Build 24/7 program combined with other changes in the building inspections department has resulted in an overall decline in the wait time for plan reviews.

Church said the average wait time for a plan review in October, 2014 — when he first became manager — averaged seven to eight weeks. Two recent inspections have exceeded the seven-day timeline, O’Kelley said. One was another solar project.

O’Kelley said the additional wait time was caused by a “perfect storm” that included one staff member being out of the office for surgery.

Seven to eight weeks, however, is significantly longer than any review takes presently, O’Kelley said.

He said the number of plan reviews coming into Building Inspections is up slightly as well.