Edds gets pummeled by pies for nonprofit group 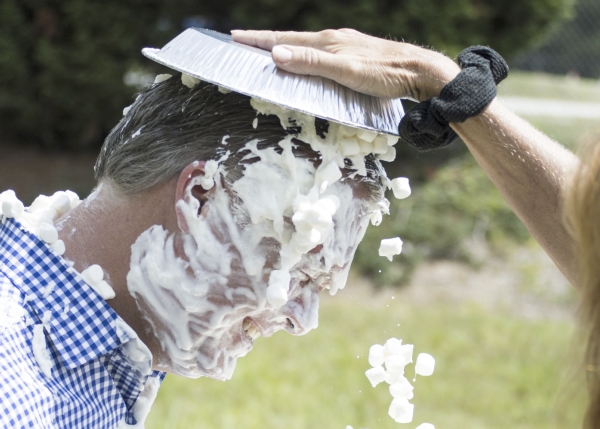 Shelter staff and members of a local animal nonprofit group on Thursday pounded County Commissioners Chairman Greg Edds with pies to the face in conjunction with a fundraiser held last month.

Shelter Guardians held a fundraiser that included a pie-in-the-face contest. Edds competed against other county officials, veterinarians and community members. Edds won the contest by collecting the most individual donations in a cup with his name on it.

In total, Shelter Guardians raised $1,030 from the contest. Totals from the overall fundraiser haven’t been tallied yet, said Nina Dix, who helps run the nonprofit group.

Dix only brought one pie for Thursday’s event. Edds jokingly asked “is that it?”

Little did he know, more were on the way.

Through a grin, Edds joked the scent of whipped cream would linger on him for hours.