‘Disney’s Tarzan’ swings across the Norvell stage next week 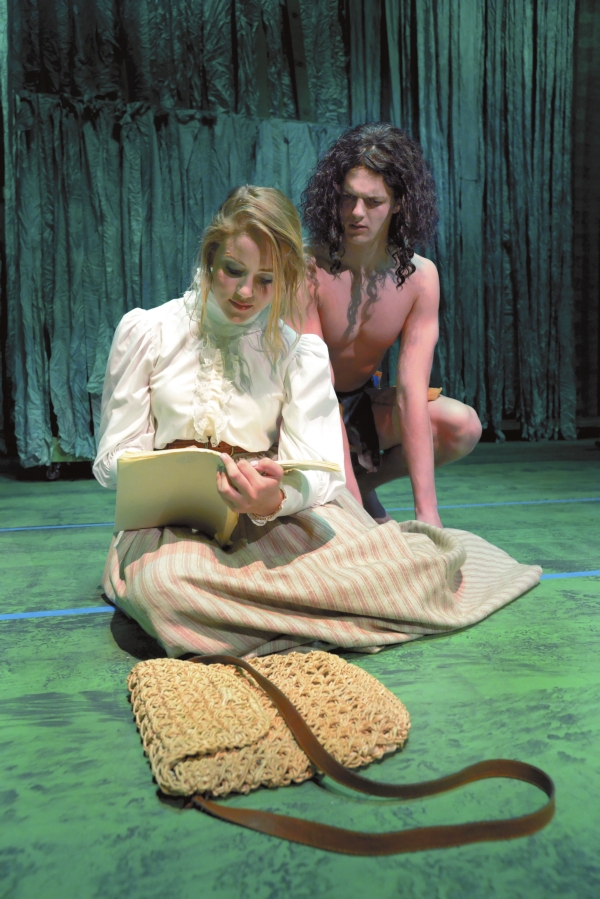 Though Edgar Rice Burroughs introduced our favorite ape-man in his 1914 novel, and we’ve seen the character portrayed throughout the 20th century in film and television, the Tarzan for the new generation has been largely popularized by the 1999 animated Disney film. With such memorable characters and original songs by Phil Collins (of “Genesis” fame), Disney adapted the film into the 2006 Broadway musical by the same name, and you can see it swinging into Piedmont Players’ Norvell Theater this month…quite literally!

The set, with green vines from top to bottom, is impressive in itself, but with the most respected theatrical flying service in the world, Flying By Foy, coming to Salisbury to outfit the Norvell with the equipment needed to fly the fabulous cast of young actors around the stage, Tarzan is sure to be a show you won’t want to miss.

Like the film, the story follows the life of Tarzan, who after a leopard kills his shipwrecked family, is raised by gorillas. Lauren Hunkele, a recent graduate of Northwest Cabarrus High School, plays his adopted mother Kala, while Carson High School senior Jimmy Reiff playing his begrudging and suspicious adopted father Kerchek.

Tarzan grows up like all the other apes, swinging from vines and causing trouble with his closest companion Terk (Micah Cross, Tanner Groppi). Yet Tarzan’s existence in the jungle is called into question after the arrival of British naturalist Porter (Gray Stone Day junior William Clark), his daughter Jane (Carson senior Amery Barton), and their guide Clayton (Recent Carson grad Jacob O’Neal).

Barton, as Jane, has been seen recently in PPT’s High School Musical (Sharpay) and Macbeth (Lady Macbeth), to name just a few.

As for the man himself, Tarzan is brought to life by East Rowan senior Corbin Elliott, who recently played the title role in Carson High School’s Shrek the Musical, as well as appearing in PPT’s High School Musical, 13, and Les Miserables. Owen Teague, an 8th grader at North Hills Christian who, in addition to multiple Norvell shows, played Gavroche in Les Miserables this past season, plays the younger version of the title character.

Expect all the vine swinging you’ve come to know and love, as well as an incredible score by Phil Collins and book by Tony Award winning playwright David Henry Hwang.