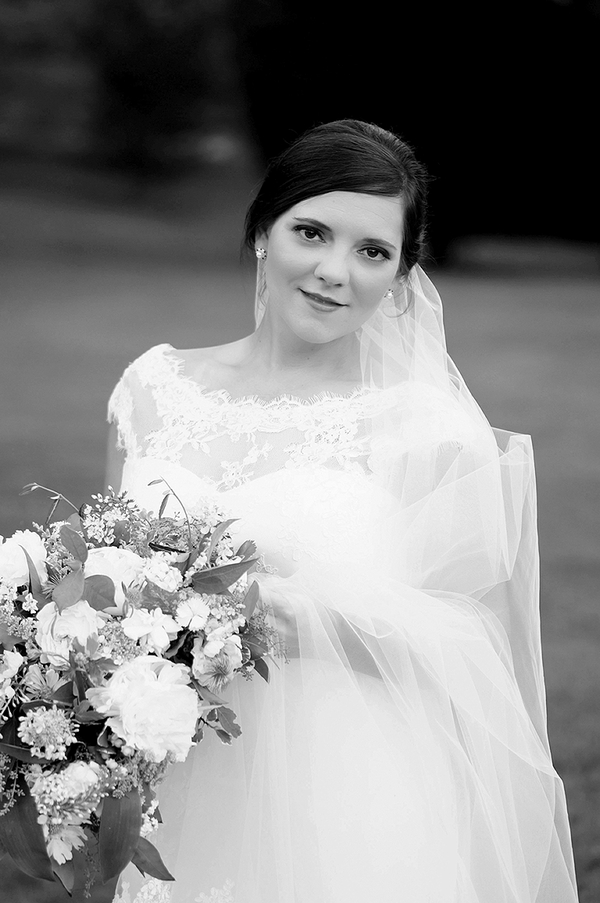 Sarah Ashley Morris and William “Bill” Clifton Branch III were united in marriage Saturday, June 27, 2015, at St. Luke’s Episcopal Church in Salisbury. The Rev. Robert W. Black officiated the 5 p.m. ceremony, which was followed by a reception at the F&M Trolley Barn.
The bride was escorted by her father and attended by Seth Alexander Morris of Raleigh as Man of Honor. Her bridesmaids were Meredith Martin Briley of Wallace, Audrey Kennedy Carver of Tampa, Fla., and Emily Carr Fausch of Raleigh.
William Clifton Branch Jr. stood as his son’s best man. Serving as groomsmen were Philip Barrett Donohue Jr. of Raleigh, Devin Mitchell Fitzgerald of Tel Aviv, Israel, William James Haughney of Brooklyn, N.Y., Alexander Marx Kroupa of Philadelphia, Pa., and Mark Elliott Moroge of Brooklyn, N.Y.
Sydney Marteil Horton of Raleigh and Cameron Elizabeth Padgett of Henderson served as flower girls. Greeters were Carter Elijah Branch and William Stewart Horton, and readers were Jessica Rogers Fasola and Lindsay Davis Steel.
The bride is the daughter of Mr. and Mrs. Joseph Carl Morris of Salisbury and the granddaughter of the late Mrs. LaGray Holmes Lipscomb and the late Mr. and Mrs. Frederick Montgomery Morris Jr. The valedictorian of the 2003 graduating class of Salisbury High School and a John Motley Morehead Scholar, Sarah graduated with honors from the University of North Carolina in Chapel Hill in 2007 with a degree in Art History and a minor in Business Administration. She is an event designer at Themeworks in Raleigh.
The groom is the son of Mr. and Mrs. William Clifton Branch Jr. of Raleigh and the grandson of the late Mr. and Mrs. William Clifton Branch and the late Mr. and Mrs. Clyde Ernest Jeffcoat. A 2003 graduate of William G. Enloe High School, Bill earned a degree in Industrial Distribution and Logistics from East Carolina University in 2009, where he was a member of Sigma Phi Epsilon. He is manager of the North American accounts for SEKO-Logistics.
Following a wedding trip to Spain, the couple will make their home in Raleigh.