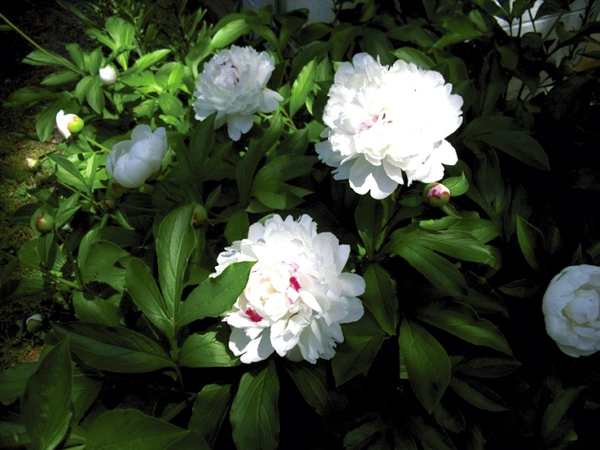 As I walked into the room a lady remarked, “I like your big panties.” Everyone at the table stopped talking. The look on my face said, “Holy cow! Did I forget my britches?” I stammered out the only reply I could muster. “I thought I had those covered up…” and of course I had to gesture the wide unfurling of a parachute sized pair of underwear.

“Your big PAN-ies” she clarified. “Did you grow them?”

Our British friend spoke. “I think it’s pronounced Peon EEZE.” As he spoke the word flowed beautifully off his tongue like honey. What is it about a British accent that immediately garners respect? Maybe that’s why all the movies about Bible stuff have Jesus speaking with a British accent.

I wonder if a portrayal of the Sermon on the Mount would sound as wise if it were written by a Southerner. The young man playing Jesus would speak while sitting on the tailgate of a pickup truck:

“I know it’s hard bein’ poor bless your hearts. I have been there ‘n done nat. Y’all know I’z born in a barn. But doncha worry none. Your Daddy in heaven is makin a real nice place for ya.

And a lot a y’all are hungry rite now, but someday you’ll be fullerna tick. Some of y’all are sheddin’ some tears up in here. But sumday y’all gonna be laughin yer heads off.”

The feeding of the five thousand would’ve seemed less of a miracle too. Southerners never forget to bring food, and five thousand is about the same number that attend church homecoming the third Sunday of every August.

And when Jesus went with His disciples out on the lake, they would’ve been in a big ol’ bass boat. His question of “Didja bring any bread?” would’ve been answered with, “Yep! We got biscuits and cornbread and hushpuppies. Take yer pick!”

After they fished all night and didn’t catch anything, Jesus might have advised, “Change up yer jig and throw over in ‘at buncha grass growin’ up air in thuh cove.”

Peter might’ve shouted, “Oooowee! Look et all ‘em bream, and catfish, and crappie! Man at the bass! They’re all keepers! We are gonna have us a fish fry to NITE!”

We probably won’t see that version at the box office any time soon… praise God.

As I carried the big bouquet of peonies into the church I passed a young man who spoke his admiration as well. “Wow! What beautiful roses! Did you grow them yourself?”

I guess a peony by any other name still smells just as sweet.