Celebrate American history with these books 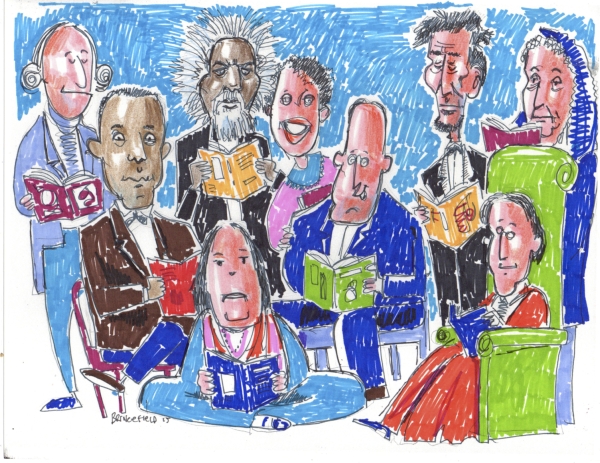 The Fourth of July, not to mention recent horrific events, has people thinking about what makes us a nation.

Are we united or divided? How did we get to this point? What kind of sacrifices were made for the United States of America to become a superpower?

So many books make so many claims, and each side — or maybe all sides — has an element that screams “We’re right and the rest of you are wrong.”

So, you can make obvious choices from your chosen political point of vew, or you can try to find books that don’t beat you over the head.

Any of the many fine books by David McCullough is a good place to start learning more about our country. McCullough is the author of “John Adams,” “1776,” “Brave Companions: Portraits in History” and other well-researched, excellently written books about our nation’s history. His latest is “The Wright Brothers,” of special interest to North Carolinians.

Another reliable and knowledgeable author is Doris Kears Goodwin, recognized by many as the leading presidential historian in America. Her tireless research into the Roosevelts has produced two award-winning works, “The Bully Pulpit” and “No Ordinary Time.” The Roosevelt family covers a wide range of our history, during which nation-changing events occurred.

She is also the author of “Team of Rivals: the Political Genius of Abraham Lincoln” and “Lyndon Johnson and the American Dream,” among others.

Read the incredible story of Booker T. Washington is his famous 1901 autobiography, “Up From Slavery.”

For a modern view of our country, be sure to read “Supreme Justice: Speeches and Writings: Thurgood Marshall,” or “Devil in the Grove: Thurgood Marshall, the Groveland Boys, and the Dawn of a New America,” which won a 2013 Pulitzer Prize for nonfiction.

There are a number of bestsellers that are history-related, among them Bill O’Reilly’s popular “Killing …” series. Many books tell stories of bravery, such as Laura Hillenbrand’s “Unbroken.”

Simon Winchester is the author of “The Men Who United the States: America’s Explorers, Inventors, Eccentrics and Mavericks, and the Creation of One Nation, Indivisible.” While the title is overly long, the book follows America’s “crucial innovators, thinkers and explorers.”

Less easy to find are books about women’s place in American history. Elizabeth Cady Stanton, who battled for a woman’s right to vote, has little written about her. Her stand on women’s rights is explained in “The Solitude of Self,” her statement on the 19th century struggle.

“Failure is Impossible” is a collection of reports, essays and quotes from Susan B. Anthony, perhaps the more famous feminist.

Another important voice from history is that of the late Wilma Mankiller, former Chief of the Cherokee Nation, who received the Presidential Medal of Freedom. Her autobiography, “Mankiller: A Chief and Her People,” tells her history as well as that of the Cherokee.

And there’s always the “Don’t Know Much About” volume on American History, by Kenneth C. Davis or “U.S. History for Dummies.”