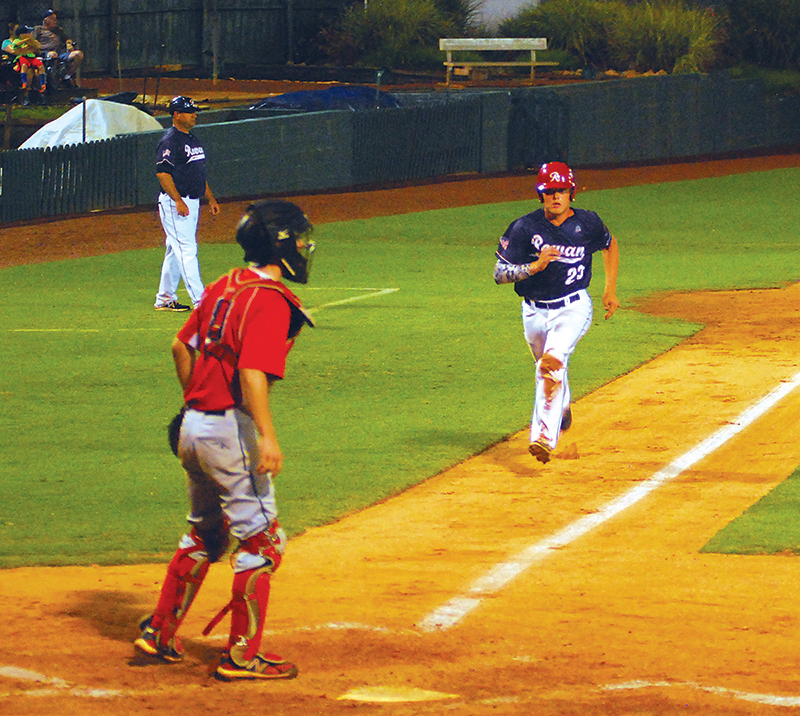 “We were kind of due for a bad game,” coach Jim Gantt said after Area III-leading Rowan County (15-4, 10-0) extended its winning streak to 13 games. “We missed chances and the weather conditions were bad. Those are excuses, but I was proud of the way the guys handled themselves.”

“Still, you just want to forget everything,” said Caldwell, the 2014 county player of the year. “It’s tough when you’re starting a game at 9 p.m. and then it just drags on. Not everything went our way tonight.”

Enough things did. Rowan enjoyed an eight-run in the bottom of the fifth inning to open a 12-4 lead and later matched its season-high for runs in a game. When it added two more runs in the sixth it stood three outs removed from a mercy-rule win.

But instead of closing it out, Rowan County’s bullpen poured 93 octane on a two-on/none-out fire. Concord (2-14, 2-8) eventually scored five runs on five hits to extend the game.

“It was a wild one,” said Concord coach Jamie Russ. “We showed a lot of life, a lot of energy.”

Rowan County could have ended the game in the last of the eighth after Caldwell’s run-scoring double and Garcia’s sac fly bumped the lead to 18-9. But with two down and two runners aboard, Heath Mitchem bounced out.

“I definitely wanted it to end right there,” said Caldwell, who was stranded on third base. “The rain was coming down, everyone wanted to get it over with. But that sums up the whole night — a crappy game played in crappy conditions.”

It took five Rowan pitchers to seal the deal, with sidearmer Alec Hamilton earning a three-inning save. The victory went to right-hander John Owen, who yielded one earned run in 2-1/3 innings of relief.

Gantt said he was worried about a letdown after winning in 11 innings the night before.

“Of course,” he said. “You always are when you have to battle like that. And to come out on top tonight, we’re just going to take that and not worry about it.”