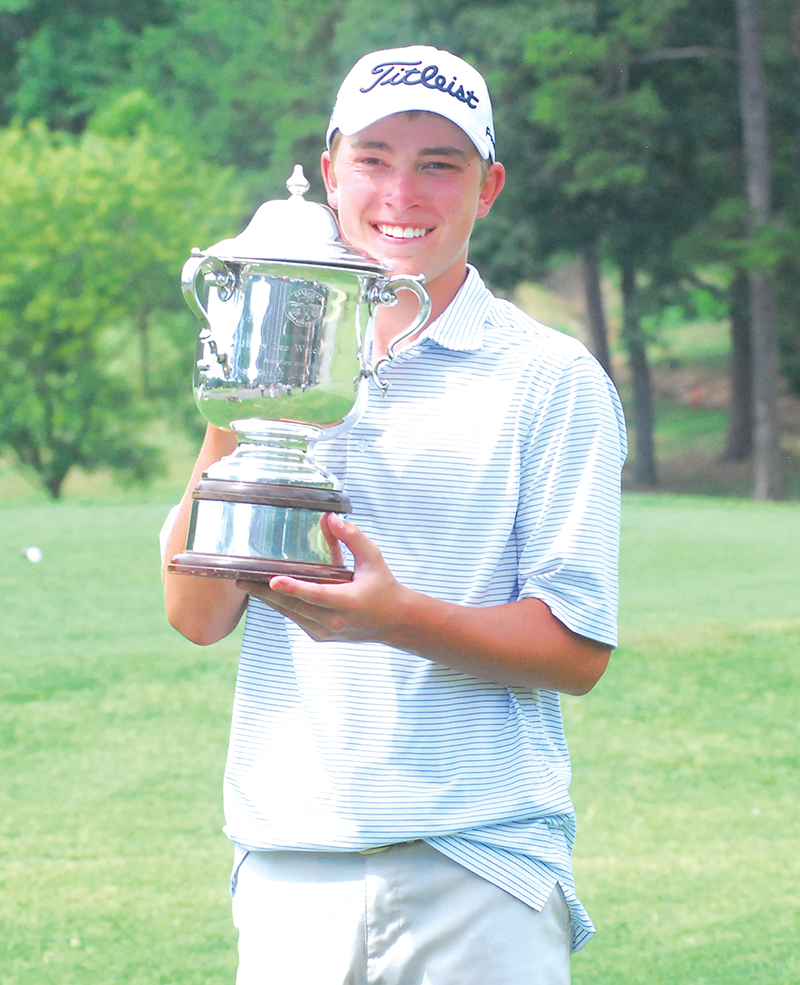 SALISBURY — It took a moment for the celebration of Jack Massei’s win in the North Carolina Junior Boys Championship to start on the 16th green at the Country Club of Salisbury. The 15-year-old from Cary shook hands with Jonathan Brightwell after the two halved the hole with pars, and Massei won the title with a 3-and-2 victory.

Then Massei’s friends Robert McPartland and Michael Coe charged in from just off the green and doused the winner with water.

“It doesn’t even feel real hardly,” Massei said after accepting the trophy. “I didn’t have big expectations. I just started to get into a groove and stayed there and just rolled with it.”

Four of Massei’s six wins in the tournament were by three holes or more. He defeated Trey Burton from Hickory 3&2 in the semifinals on Friday morning to advance to his championship match with Brightwell, who is from Mint Hill.

As the two golfers made the turn in the championship match, Brightwell cut Massei’s lead to one with a birdie on the long par-three ninth. Massei said it was the only time this week one of his opponents walked off the par-three, playing at 187 yards on Friday, with a birdie. Massei answered with a par on the 10th and by draining sliding five-foot putt for birdie on the 11th to push his lead back to three holes.

“He was four down in his morning match and came back, so I wasn’t even comfortable going to 16,” Massei said.

A double bogey from the trees on the right of the par-four 15th left Massei with a three-hole lead. Massei’s second shot on 16 found the left side of the green.

Brightwell conceded a short par putt to Massei on the 16th green and faced a medium-length putt for birdie to extend the match. Massei squatted on the side of the green and nervously watched as the putt missed. The two shook hands, and then the celebration began.