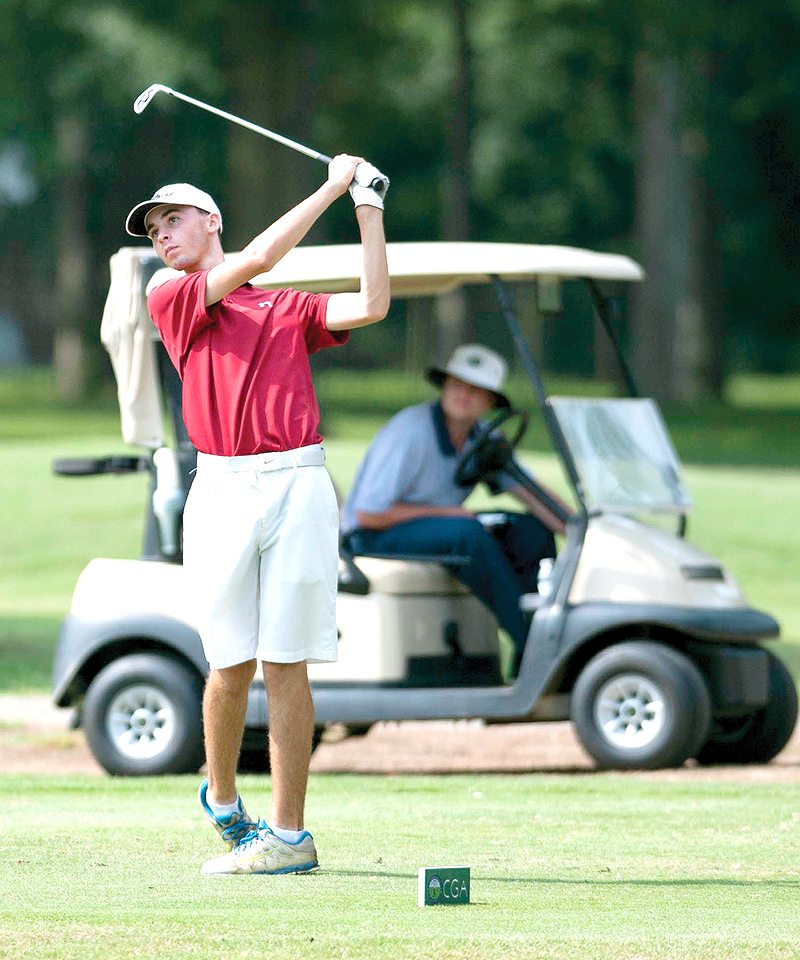 JON C. LAKEY / SALISBURY POST Nick Lyerly tees off on the short 14th hole at The Country Club of Salisbury on Thursday morning.

Nick Lyerly was the last junior golfer standing from Rowan County in the North Carolina Junior Amateur when play started Thursday morning at the Country Club of Salisbury.

Lyerly made it to the quarterfinals of the state championship with a 4-and-3 victory over Justin Emmons from Asheboro.

The result was not the same in the afternoon. Jonathan Brightwell, from Mint Hill, birdied the par-three 17th to take a 1-up lead into the final hole. The players halved the 18th, and Brightwell advanced to Friday’s semifinal.

Lyerely never trailed by more than one hole in the match. Although, he never held the lead either.

In the other quarterfinals, Jack Brea from Charlotte and Trey Burton from Hickory both won their matches 4-and-3 to advance to the semifinals. Brightwell will face Brea on Friday, and Burton takes on Jack Massei, who won his quarterfinal match 1-up over Michael Freeman from Asheville.