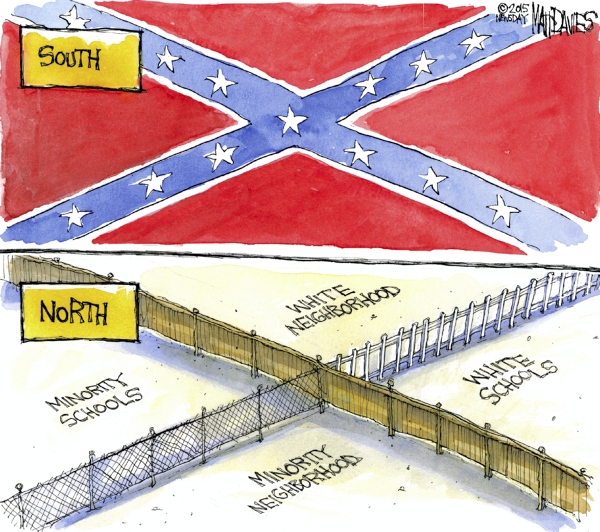 Unity in Charleston a good example for all

It is such a rare act that most do not know how to respond, except in stunned silence. Relatives of the nine people murdered while attending a Bible study and prayer meeting at Emanuel A.M.E. Church in Charleston, South Carolina, told the accused killer they forgive him.

In violent streets we have become used to calls for retribution, appeals for justice, rioting, looting, marches and self-appointed civil rights leaders hogging cameras and microphones with angry people standing behind them and chants of “no justice, no peace.”

But this; this act of forgiveness by grandsons and sons, daughters, husbands and other relatives of the dead is so out of character, so distant from the “norm” we have come to expect, so not Ferguson, Missouri, or Baltimore, so not the Middle East, that it makes the world stop and pause.

Preachers call it “grace,” which they define as “unmerited favor.” The accused killer doesn’t deserve it, but he is offered forgiveness nonetheless. It speaks volumes about the character and spiritual strength of those extending grace to him. In a normal person, grace might bring repentance and, yes, salvation, which is what at least one of the relatives said she was praying would happen to Dylann Roof, a deeply troubled 21-year-old who is accused of the murders.

When the world sees such acts of kindness, it doesn’t know what to say. For many it is unfamiliar territory. And yet it is precisely the outworking of what those in that prayer meeting found in the Bible they were studying and the God to whom they prayed. It is a part of the nonviolence taught and practiced by Dr. Martin Luther King Jr. His refusal to respond to violence with violence helped turn the hearts of many and change the laws of a nation.

Pictures of church services following the killings showed a racial diversity and a coming together that might not just heal Charleston, but serve as a model for the rest of the nation about how to react to senseless violence. South Carolina Gov. Nikki Haley’s emotional response to the murders also served as a needed balm that can help heal Charleston’s deep wound.

“Amazing Grace” is a hymn sung in churches, at funerals and on other occasions. It is familiar even to those who are not regular churchgoers and may not fully appreciate its meaning. The author, John Newton, was a slave trader. The story of his remorse, repentance and salvation has been told in books and films, but never better than in the first verse of his hymn:

Amazing grace! How sweet the sound

I once was lost, but now am found;

Was blind, but now I see.

Those sweet people who unknowingly but graciously welcomed Dylann Roof into their prayer meeting, only to come face to face with a man who in the parlance of the church must have been possessed by a demon, if not Satan himself, are now receiving the fruits of God’s grace. Relatives of the dead who have extended grace to Root have also modeled it to the rest of the country. In doing so they are examples of the One they follow, who, though innocent of any wrongdoing, said to His Father while hanging on a cross, “Father, forgive them, for they know not what they do.”