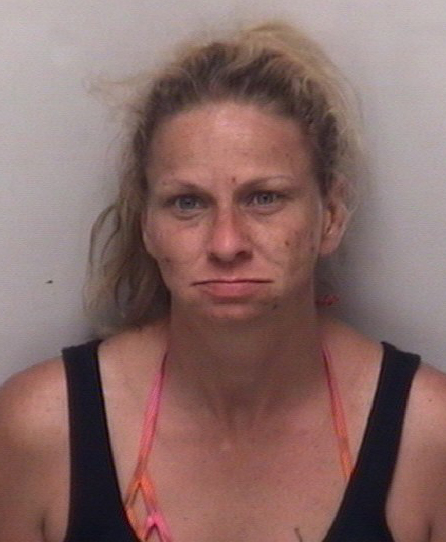 A Kannapolis woman was charged Tuesday with heroin possession after authorities responded to a shoplifting incident at Walmart. The woman was also found with chemicals and other substances used to make methamphetamine, police said.

Salisbury Police charged Shannon Follmann, 38, of the 400 block of Echo Avenue, with felony possession of heroin and misdemeanor possession of drug paraphernalia. She was issued a citation for misdemeanor shoplifting. Officials say further charges are pending.

Police were called to Walmart around 4 p.m. where they spotted Follmann, also known as Shannon Sexton, at the store. Police said Follmann had lye, lighter fluid, muriatic acid, Drano, plastic tubing and coffee filters — which were some of the products used to manufacture meth.

She had .05 grams of heroin and syringes on her as well, authorities said.

Follmann is currently on probation for an April conviction of forgery.