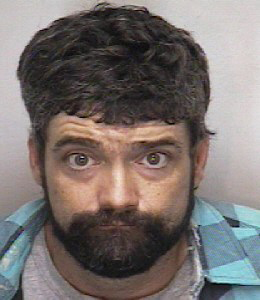 A Salisbury man who was charged a week ago with duping residents out of money with a story about his sick wife faces additional charges.

Rowan County Sheriff’s officials said Allman, who gave the name Mike Goodman, approached random homes and told the homeowners his wife was injured in a wreck. In some cases, the victims did give Allman money.

Warrants said Allman tried sometime between March 1 and April 30 to obtain $10 from a woman in the 2200 block of Mooresville Road and $15 from another woman located at the same address. He told the women his wife had been in a car accident and he needed money to keep the vehicle from being towed.

During the same time frame, he got $25 from a man at the same 2200 Mooresville Road address. Allman told the man he was trying to keep a vehicle that was wrecked by his wife from being towed, the warrants state.

Also according to the warrants:

• On June 14 he got $20 from a man in the 4400 block of Mount Hope Church Road after telling the man his Jeep ran out of gas in the parking lot of First Christian Church.

• On June 14, Allman told a man who lived in the 6200 block of U.S. 601 that his wife was in the hospital following an automobile accident and he needed $40 to help toward a $380 bill. The victim did not give Allman the money.

• He received $31 from a man who lived in the 100 block of West View Street in Cooleemee on April 22 after he told the victim his wife was injured in a car accident an hour earlier and he needed money to keep Kluttz Wrecker Service from towing the vehicle.

Rowan authorities say the story Allman told in each incident was a complete fabrication. This is not the first time Allman has duped unsuspecting people out of money by telling them he needed money.

He’s also identified himself in the past as Wayne Trexler and Wayne Goodman.