Let’s talk about ‘Pride and Prejudice’ 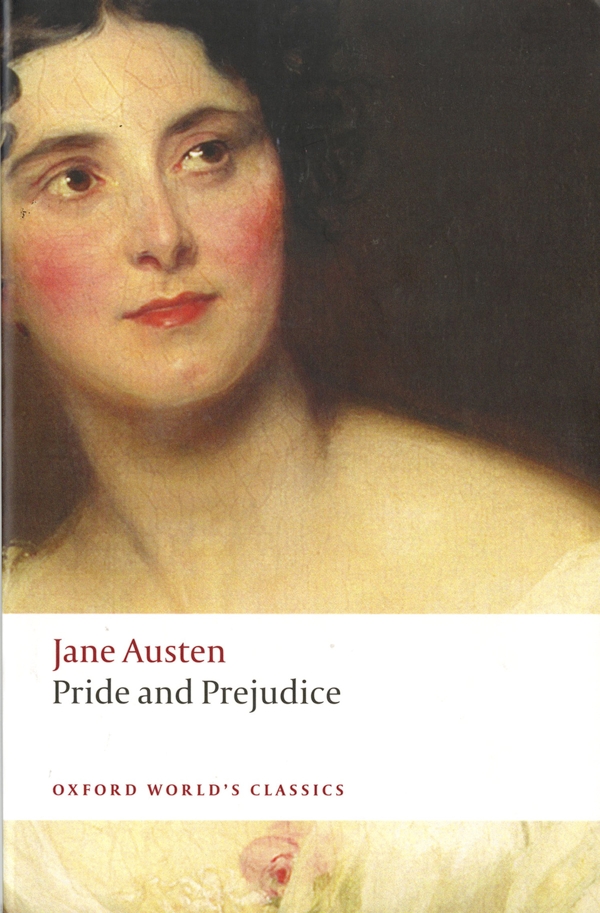 Join the discussion of 'Pride and Prejudice' as part of the Summer Reading Challenge, led by Jennifer Hubbard on Tuesday, June 23, 7 p.m., at Rowan Public Library.

What a delight to read this classic as an adult. The book is full of humor, humiliation and redemption. The language is so much more refined than what we read or hear today that it takes some attention. This is not a book you read while watching “CSI.”

This is a book to savor and laugh out loud at, to hear the characters’ voices in your head, especially if you are an Anglophile. You can take it very seriously and feel all the emotions galloping through the book or you can read it as the social commentary it is on class and status. Or you can read it for its exaggerated manners and complex social guidelines.

There was also a 1940 movie starring Greer Garson as Elizabeth, the sharp-witted Bennet girl, and Laurence Olivier as Mr. Darcy. Maureen O’Sullivan played the beautiful and contemplative Jane Bennet, and Ann Rutherford was Lydia, the foolish sister. Edmund Gwenn, Santa Claus in “Miracle on 34th Street,” was Mr. Bennet. Perhaps more amazing is that Aldous Huxley (“Brave New World”) was the screenwriter.

All over the world, but particularly in the UK and US, college courses, balls, societies, conventions and holiday itineraries are devoted to Austen. She has loyal, one might almost say, obsessed fans.

P&P is a good example of why. Readers in the area will have a chance to discuss the book and Jane at the first event of the 2015 Summer Reading Challenge on Tuesday, June 23, at Rowan Public Library. Jennifer Hubbard, author of the award-winning novel, “And We Stay,” will lead the discussion. Hubbard, before devoting herself to writing, taught English.

If you have’t read the book or seen one of the films, you can still join the discussion and then pick up the novel for enjoyable reading.

Descriptions of the book as a love story don’t do it justice. There is a love story, yes, for Jane and Mr. Bingly, Elizabeth and Wickham, Elizabeth and Mr. Darcy, Charlotte Lucas and Mr. Collins. Lots of love stories — or stories about interest, flirtation and marriages of necessity and monetary advantage.

But there’s so much more. It’s a study of marriage and commentary on pride and prejudice, the core of the novel. We are proud and do ridiculous things out of pride, We have many prejudices and act out of ignorance or misinformation or willful spite.

Austen’s book is also a family story, a story about the English countryside and its grand houses, about education and stupidity,

With Elizabeth as your trusty guide, you’ll appreciate her knowledge of human nature, her flighty and shallow mother, her aloof father. She merely has to describe some of her acquaintances for the reader to know that some are too proud to have any sense and some are too sensible — or foolish — to care what others think.

The book takes the Bennet family, Mr. and Mrs. and their five daughters, through seasons and entertainments, expected marriages and failed courtships.

Visiting one’s relatives and neighbors took a great deal of time. In turn, receiving the same required putting on a good show. Long walks were a principal pasttime. Walking to the nearest town was a necessity as a carriage was rarely handy. Travel took days over country roads in horse-drawn contraptions Packing was an arduous task.

Visits were made for social reasons as much as for pleasure. Grand homes were often open to visitors for short tours. Great gardens and parklands surrounded the mansions, and invited visitors for more long walks to see the exquisite views.

All social activities were in a group, and more often than not involved prescribed dances. Little was talked of falling in love.

Mrs. Bennet, the mother of five girls, mostly worries about their finding well-to-do husbands, to marry up, since the Bennets’ circumstances are barely acceptable, although they have a house, grounds and servants.

Good marriages were those where the groom was well paid for his bride and yearly income was a chief consideration. None of these people work. Indeed, being a tradesman is a lower social class and can diminish a family’s standing quickly.

Elizabeth Bennet — devoted to her sister Jane and despairing of her mother’s ill manners and her younger sister’s lack of civilityl or common sense — is best loved by her father, who supports her when she refuses to marry a self-centered, supercilious clergyman. Mr. Collins is a cousin entitled to the Bennets’ land, since all the heirs are girls. His chief delight is being housed by Lady DeBurgh, another opinionated and prejudiced woman who delights in ordering people about.

Jane loses her hopes when a neighbor retreats from the country back to London. Various women are unspeakably rude to each other because of their grasping for social status.

The joy and fun comes in seeing their comeuppance, often by people of serious intellect, not to mention serious wealth and good sense.

“Pride and Prejudice” is a morality play with an elbow to the ribs, rather than a blunt instrument to the head.

With St. Thomas Players’ production of “A Doll’s House,” the time is ripe to discuss women’s place in literature.

Talking about the book and its characters who still resonate today will be more fun than a ball, but you may come dressed for one, if you insist.