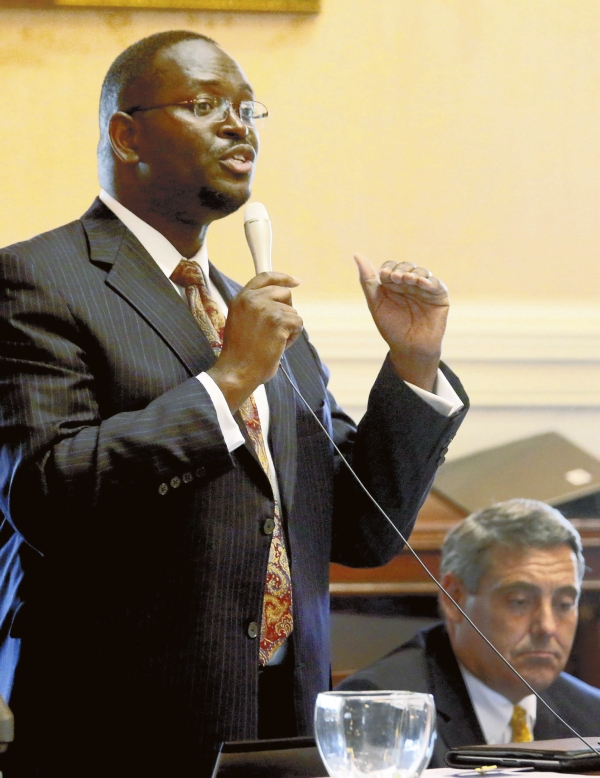 In this June 3, 2014 photo, state Sen. Clementa Pinckney speaks at the South Carolina Statehouse in Columbia, S.C. Pinckney was killed, Wednesday, June 17, 2015, in a shooting at an historic black church in Charleston, S.C. (Grace Beahm/The Post and Courier via AP)

The shooting of nine people inside Emanuel AME Church in Charleston, S.C., has prompted a national response;

Local Lutheran pastors who were classmates of the Rev. Clementa Pinckney remembered him Thursday as a man who did it all.

“Everybody liked him,” said the Rev. David Nuottila, pastor of Union Lutheran Church. “He always had a crowd of people about him.”

“He was just a special man. He was always very gracious and welcoming,” said the Rev. Mary Louise Sitton, pastor of St. Luke’s Lutheran Church in Mount Ulla. “He had a family, he was involved in politics and he was a pastor. I remember just being so impressed when I found out all the things he did, and he did them all so well.”

The murders have deeply affected the city.

Joey Benton, a former Post photographer, lives with his wife and two sons in Charleston. He watched coverage of the slayings late into the night.

“I’m sick to my stomach,” he said Thursday morning. “This whole thing just hurts my soul. This is a city where nine generations of my family have called home.”