A showman enters the GOP ring 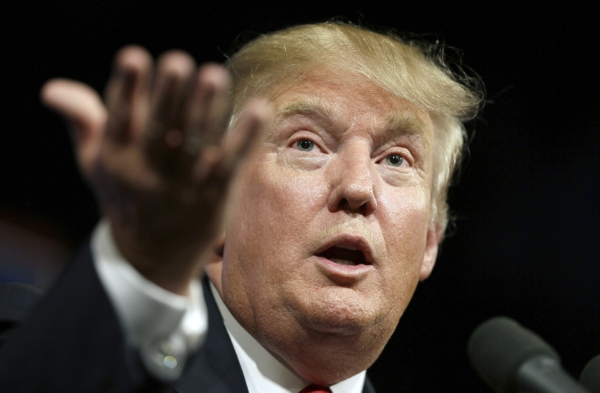 Outside of professional wrestling, no one mixes ego with bravado quite like Trump. He will be “the greatest jobs president that God ever created,” he announced Tuesday, while calling his rivals and critics “stupid” and “losers” (at least he didn’t call them fat and ugly).

But say this for Donald Trump: He is a brilliant salesman. It is a useful talent to have in politics. The man himself may have had his share of financial and professional challenges, but the Trump name endures as a distinctively American brand of gaudy luxury.

Whether Trump is worth the $8.7 billion he claims — and most estimates are far lower — hardly matters. He has enough money to self-finance his campaign, enough to stay in the race for as long as he wants. That could prove to be a nightmare scenario for the Republican Party, not only because of Trump’s eagerness to attack his fellow party members, but also because of his penchant for appealing to the party’s basest instincts.

His announcement speech was heavy on saber-rattling toward China and Mexico. In Trump’s view, the two countries are destroying the American economy because U.S. leaders are terrible negotiators. Luckily, Trump knows “the smartest negotiators in the world”— he may even be one himself — who would do things like threaten auto manufacturers with massive tariffs if they move jobs overseas. This, despite pronouncing himself a supporter of free trade.

Trump’s comments on Mexican immigrants (“They’re bringing drugs, they’re bringing crime, they’re rapists”) stood in sharp contrast to the inclusive tone that Jeb Bush set in his announcement speech on Monday. If the Republican candidate with the biggest megaphone is also the most hostile to Mexico, it will be difficult for the party to win over Hispanic voters. With any luck, his Republican rivals will realize they cannot trump Trump’s jingoism and feel compelled to refute it.

Even before Trump’s announcement, many conservatives were complaining that the Republican presidential campaign was becoming a circus. So it’s hard to argue that Trump makes it any worse. At the very least, the upcoming debates may get better ratings.