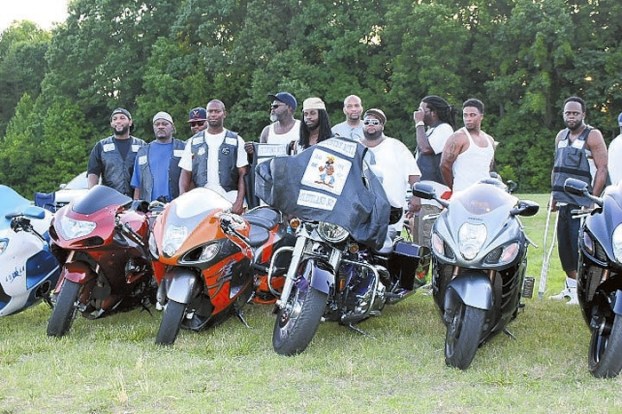 Photo courtesy of Christopher Chanaka Jr. Members of the Country Boys Motorcycle Club gather for a photo during the seventh annual 'Big Mike's Cookout' in Cleveland.

CLEVELAND — The sounds of motorcycles mixed with the smell of tasty barbecue filled the country landscape this past weekend as the Country Boys Motorcycle Club held its seventh annual  “Country Boys Presents: Big Mike’s Cookout” at the Cleveland Town Park.

The event has grown tremendously since 2008, and this year’s cookout catered to all ages. The children enjoyed a bounce house, while the community at large was treated to great food, vendors, the sights of old-school cars and, of course, motorcycles and four-wheelers.

Other biker clubs that attended to show support over the two-day span included the Scooter Gang of Statesville, Pure Platinum and Carolina’z Most Wanted.

“Before Big Mike passed there was no event that brought people together,” said Chariel Dye, director of the Great Women United. “It took the passing of a great person to bring people together. Now because of Big Mike we have a great community cookout every year in his honor.”

What started as a family cookout to honor the life of Michael Scott, whose life was taken in a fatal motorcycle accident, has grown to be a free community event that attracts over 500 people.

Proceeds from the cookout go to Michael Scott’s family.