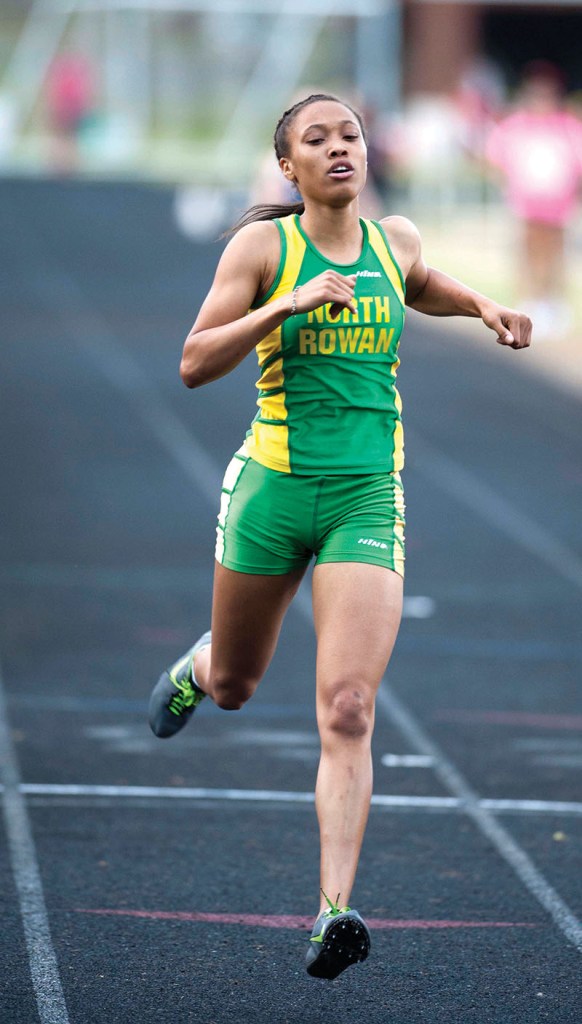 SALISBURY — The day of the 2A state track and field championship in Greensboro was a busy one for North Rowan’s Payton Russell. It also turned into a great one.

The sophomore was slated for four events — three individual races and a relay. She claimed the state championship in the 400-meter dash as part of a day with top-five finishes in all four events.

Being a state champion this year was beyond anything she could have imagined.

“It was very surprising. I was shocked,” she said. “I know Jaleesa [Smoot from Salisbury High] is a really good runner. So, that’s all I was worried about.”

Smoot and Russell run for the same club track team. This was the first year they raced against each other.

Russell, the Rowan County Girls Track and Field Athlete of the Year, took second in the 200-meter dash, placed fifth in the 100-meter and was part of the third-place 4-by-400 meter relay team with Brianna White, Nicole Phillips and Rochelle Bowman.

“It was a pretty exciting day,” Russell said. “I was hoping to at least place top three in everything, but top five, it was OK.”

Russell prefers the 200-meter, but that wasn’t been her strongest race this year. Along with her state title, she also won the county title in the 400-meter as well as a runner-up finish to Smoot at the 2A Midwest regional meet.

She did all of this despite a hamstring injury in her right leg that she suffered during the indoor track season.

Russell took breaks and cut back on the intensity of her workouts in order to be able to run a full track season.

The focus for summer: Healing. Russell said she wants to tailor her workouts to get her hamstring back to 100 percent and be free of injuries before the start of the indoor season. She is also considering dropping the 100-meter because the explosive start it requires and aggressive style it demands irritates her injury.

The goal, ultimately, is to come back strong in 2016 for a run at more titles.

“Hopefully, I hope to have a repeat and maybe bring home a state championship in other events,” Russell said.