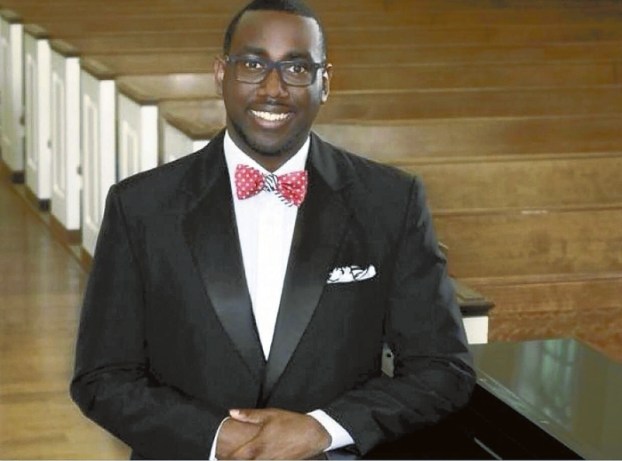 Submitted photo Tevin Vincent, a 2009 Salisbury High graduate, is now pursuing a master's of music degree in opera performance from The Boston Conservatory.

Tevin Vincent, a 2009 Salisbury High graduate who is now a second-year master’s degree student at The Boston Conservatory, has been invited to participate in the Music Academy International this summer in northern Italy.

Pursuing a master’s of music degree in opera performance, Vincent said the Italian program is a “summer opera intensive” from July 5-Aug. 9. Within the program he has been asked to perform roles in two operas.

He would be Papageno in Mozart’s “Die Zauberflote” (“The Magic Flute”) and Marco in Puccini’s “Gianni Schicchi.”

As part of the summer program, Vincent also will have the chance to take Italian classes, acting and characterization classes, master classes and attend professional workshops and consultations, which are provided by Mitchell Piper and Piper Anselmi Artists Management.

“I am very excited to embark on this amazing adventure,” Vincent said in an email to the Post from Boston, where he is currently performing as Dr. Gibbs in the Boston Opera Collaborative’s production of “Our Town.”

Vincent received a personal telephone call from the Italian program’s director asking him to attend the Music Academy International.

Vincent says he has received a partial tuition scholarship, but he is still trying to raise money through a GoFundMe site. He is hoping contributions will help cover the remaining tuition costs, airfare and food while in Italy.

Vincent attended Catawba College before transferring to Kentucky Wesleyan College and graduating in 2014 with a bachelor’s of music in vocal performance degree.

This past year at The Boston Conservatory, he performed in the school’s opera productions, including Rossini’s “L’Italiana in Algeria.” He had the roles of Osmin in “The Billy Goat’s Gruff,” Thoas in “Iphigenie en Tauride” and Keeper of the Madhouse in Stravinsky’s “The Rake’s Progress.”

1. D. An informational sign on the sidewalk near the mural lists the names for the mural’s 141 local subjects. 2.... read more