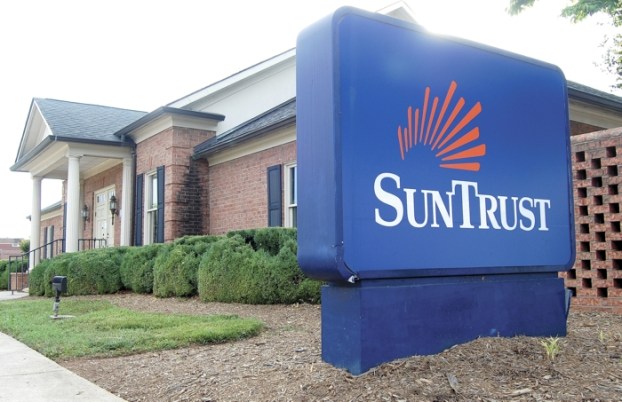 The SunTrust branch office in Spencer will close July 31. It is currently the only bank in the town.

Editor’s note: After this story was published, a SunTrust spokeswoman said SunTrust will continue operating its ATM at the branch office after the bank closes.

SPENCER — The only bank in town will be closing at the end of July.

Despite a petition from business owners and residents of the town asking SunTrust to keep its branch in Spencer open, the bank will close July 31.

The bank’s branch manager, Tori Lowe, said she could not comment on the situation due to company policy.

In an email, a spokeswoman for SunTrust said the decision to close the branch was made “after careful study and analysis.  Many factors are considered including, but not limited to, market growth, real estate arrangements and transaction volumes.”

Employees at the branch, located at 420 S. Salisbury Ave., will have to apply for other positions with SunTrust if they wish to stay with the company. If they aren’t re-hired, a severance package will be offered, according to the spokesperson.

People who do their banking at the branch have been notified about the plans to close. The closest branch offices other than the one in the Spencer are on West Innes Street and Avalon Drive in Salisbury.

Mayor Jody Everhart said the bank’s closing will have a big impact on the town.

“It was hard for us to get answers from SunTrust,” about the closing, he said, adding the town is reaching out to other banks and credit unions about opening a branch in Spencer.

Everhart said residents of Spencer who don’t have a car will have difficultly getting to one of the Salisbury branches.

The building the branch is in has been home to other banks before, but Everhart said SunTrust has a non-compete agreement with the property owner restricting any other bank from going in the building for two years.

Thursday, The Post was waiting on a response from SunTrust regarding the non-compete agreement.

The property is owned by a real estate trust, Inland American, based outside of Chicago, Illinois.

If not a bank, Everhart said the town at least wants the building to be used for another type of business instead of sitting empty.

By David Purtell david.purtell@salisburypost.com SPENCER — Spencer’s Board of Aldermen Tuesday approved a budget that will raise the town’s tax... read more