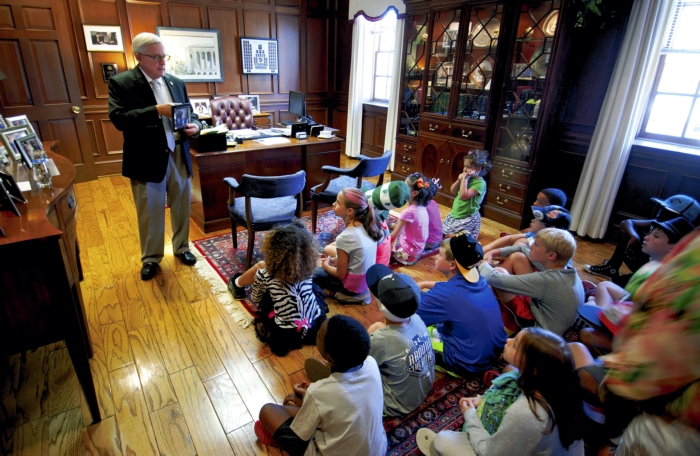 JON C. LAKEY / SALISBURY POST Salisbury Mayor Paul Woodson answers questions from a group of 15 children in his office at City Hall on Thursday. The kindergarten through 5th grade children are from the First United Methodist Church of Salisbury after-school child care and summer camp.

Salisbury Mayor Paul Woodson held an audience with a handful of his smallest, but sharpest citizens Thursday.

Before the visit, the students talked about the role of a mayor, and all the businesses and activities Salisbury provides. They drew pictures of their favorite things to do in town, and wrote them on decorated rocks, which they gave to the mayor.

Woodson showed the students around City Hall and took them on a tour of his office, where they asked him questions about government and being a mayor.

First United Methodist Church runs a year-round childcare program, with after-school care during the school year and all-day summer camp when school is out.