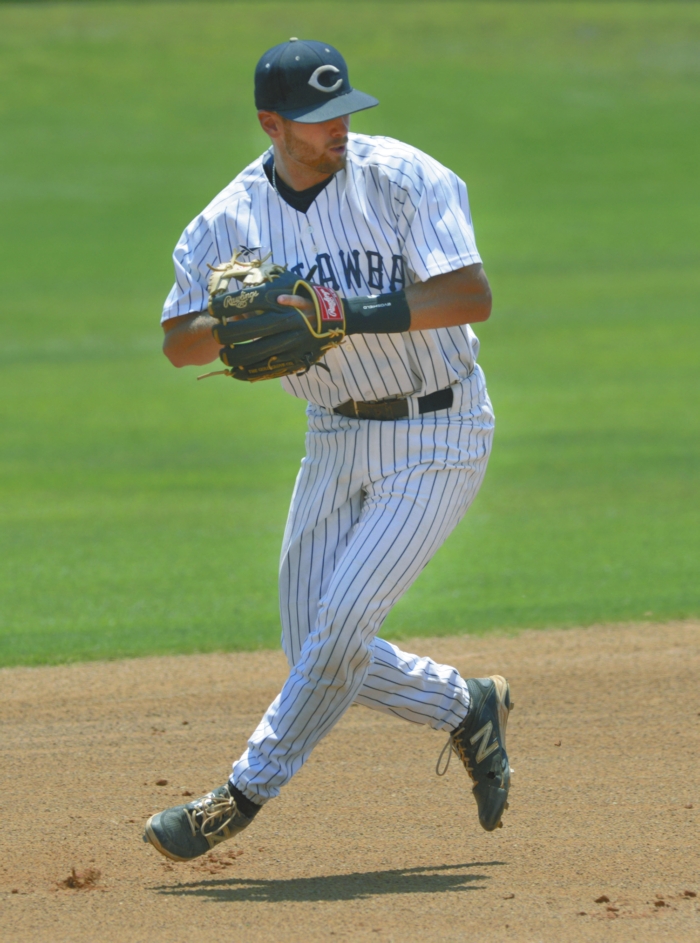 Salisbury Post file photo Craig Brooks, a seventh-round pick in the MLB Draft, signed his contract with the Chicago Cubs on Wednesday. He reports to the team’s facility Arizona on Monday.

Catawba graduate Craig Brooks was drafted on Tuesday by the Chicago Cubs, and the seventh-round pick signed on Wednesday.

On Thursday, Brooks played a round of golf with his brother, sharing a few precious hours with family before he boards a plane Monday. Waiting for him in the dry heat of Arizona are physicals, orientation, new uniforms and the start of his pro career.

“I’m about the biggest Cubs fan in the world right now,” Brooks said.

The Cubs wanted Brooks to report immediately, but he requested — and received — permission to remain in Monroe a few days so he could watch his brother graduate from Parkwood High School.

A right-handed pitcher with the heat and mentality to be a future closer, Brooks didn’t waste any more time getting signed than he did in punching out hitters during a tremendous college career that concluded with Division II Pitcher of the Year and MVP awards.

MLB’s recommended signing bonus for the slot at which Brooks was picked sounds exciting — $211,300 — but Brooks is in the same boat as every drafted player who has exhausted his college playing days. He had zero bargaining power. He didn’t disclose the precise terms of his signing, but it was for a fraction of the slot value. It was either sign or start looking for a job and the only job Brooks wants right now is bringing the heat.

“I did the best I could to negotiate, but I didn’t have an agent and basically they’ve got you when they draft you after your senior year,” Brooks said. “They pressured me a little, but that’s OK. This is about the opportunity a lot more than it’s about money. I’ve got a lot of close friends who would love to have the chance I have to play pro ball. It was an awesome feeling being drafted.”

Brooks closely followed the second day of the draft on Tuesday (rounds 3-10) on his computer while sitting on the couch in his parents’ living room. There was almost non-stop activity on his phone as the fast-moving draft sprinted into the sixth round.

“There were nine or 10 teams contacting me and all of them said they planned to take me in the next few rounds,” Brooks said.

The call from the Minnesota Twins was the most amusing.

“They wanted to know if I’d broken an arm or leg in the last two days,” Brooks said. “They said if I was still healthy they were drafting me.”

The Twins, needless to say, didn’t draft him.

Brooks actually considered himself a member of the Oakland Athletics for a few minutes.

“The Athletics called and asked if I would sign for a certain amount of money,” Brooks said. “I told them absolutely I would sign for that and thank you very much. I thought I’d signed with them verbally.”

The Athletics didn’t take him either.

There were many more calls before the Cubs officially made Brooks, who led Division II in strikeouts and had a 23-4 career record with 12 saves, the 203rd player taken in the draft.
Shortly after the Cubs chose him, Brooks called up images of historic Wrigley Field on his computer. He’s never been there.

“It’s a nice place,” Brooks said. “Pitching on the mound there would be awesome. That’s the goal.”

Brooks, 22, tossed and turned with anticipation on a sleepless Monday night. On Tuesday morning, he tweeted to the world that he hoped it would be a good day.

“Tuesday was a life-changing day for me and I’m not disappointed about anything,” he said.