Yesterday: the lonely ice plant in 1986 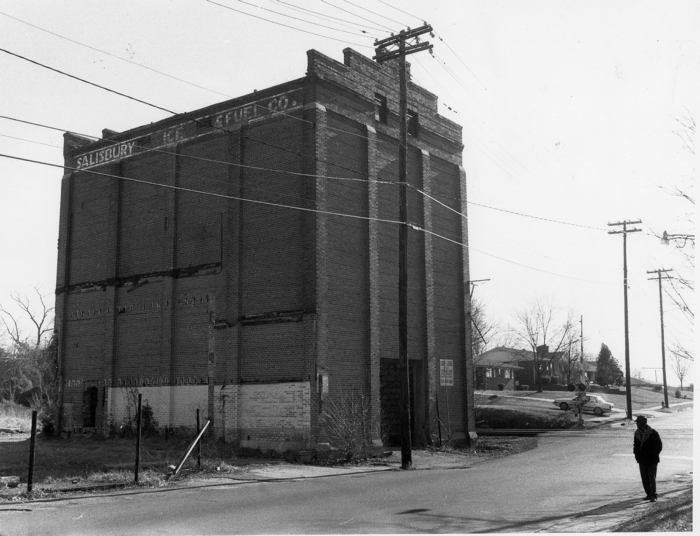 This 1986 photograph from the Post files shows the four-story structure on East Horah Street, next to the railroad tracks, that was part of the 1912 Salisbury Ice and Fuel Co.. A fleet of 21 trucks once operated out of the plant, delivering ice to homes and businesses. Prior to that, children had fun following the ice wagons in the summer and begging for slivers of ice on hot days. When it was especially hot in later years, it was not unusual for cars to be waiting in line for blocks at the ice plant. After Prohibition, Salisbury Ice and Fuel became a main distributor for Lion Beer, but the business eventually fell victim to modernization and the advent of home refrigerators and freezers. Most of the ice plant was torn down in 1974, except for this tallest part of the operation. Today, it looks a little better, thanks to Historic Salisbury Foundation, which uses the building for its architectural salvage store, open on Saturdays.