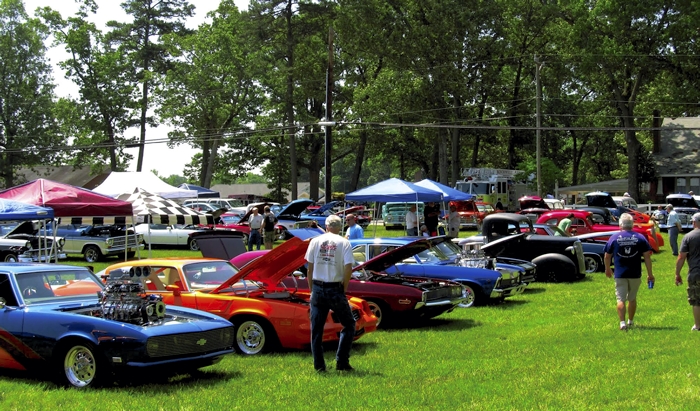 Nazareth Children’s Home celebrated its 109th anniversary on Saturday by holding its annual Fun Fest. Hundreds of people came out to enjoy music, food, raffles and a huge car show.

Organizer Cheri Peterson said that the Fun Fest is the children’s home’s major fundraiser for the year, bringing in thousands of dollars to help fund programs to benefit the children. Later this year, the organization will be hosting its first ever 5K fundraiser.

A large part of the fundraising stems from the annual car show which is in its 19th year. The first year, twelve cars entered the show, which is a far cry from this year’s 177 entries.

“This year, the car show went crazy,” Peterson said. “The people here are down to earth and a lot of fun – like a family.”

Vernon Walters, chairman of the children’s home said that the goal of the Fun Fest, aside from raising money, is to educate the community on what the Nazareth Children’s Home provides. Founded in 1903, the home took in its first child in 1906, and currently houses between 40 to 50 children.

“We just want people to come out and have a good time, but also get to see what we do here,” Walters said.

Raffle items were a popular attraction, including the “big ticket” item, the 2015 Honda Civic LX, provided by Hendrick Honda. Aside from the car, raffle items included a $1,000 Bass Pro Shops gift card, a Sony Playstation 4, and a grill package.

“No matter if you win the prize or not, there’s always a winner – the kids,” David Patterson, Fun Fest chairman, said.

For more information on the Nazareth Children’s Home, visit their website at nazch.com.