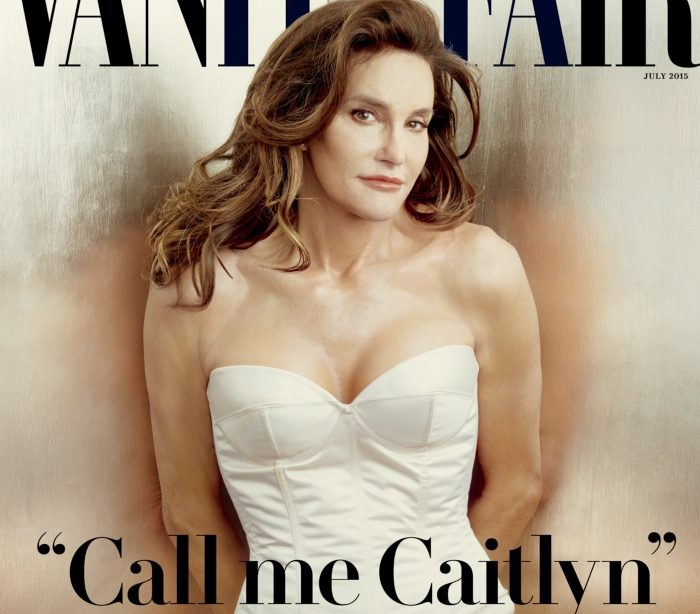 Oh, and we’re supposed to just assume that Jenner’s family is totally OK with watching dad turn into Mama Mia.

But guess what? I’m not feeling it.

After the Diane Sawyer interview a few weeks ago, I had to admit a certain sense of pity for Jenner’s struggle. While in no way understanding what would ever motivate a 65-year-old man to come out as having “the soul” of a woman (before purchasing the body of one), I was moved by the honesty with which the former and forever Olympian addressed his lifelong gender disconnect. There was sobriety and dignity to it.

But this ridiculous Vanity Fair cover, appealing only to the prurient interests of the same folk who watch “Keeping Up with the Kardashians,” changed all that and convinced me that this whole event had turned into something that would have made PT Barnum proud.

Sure, Jenner’s fans and apologists will talk about how all of this will promote acceptance among the rank and file public, and will initiate an important dialogue about gender dysmorphia.

And if you believe that, I’d like to interest you in the key to Al Capone’s vault.

The highly sexualized magazine cover, with Jenner posing like some throwback Playboy bunny (and admittedly looking better than Gloria Steinem did) has done as much to cheapen the transgender conversation as the Diane Sawyer interview did to elevate it.

Really, was it necessary to show that perfect, manufactured cleavage to tell us that Bruce had shed his muscles carapace to emerge as his, and now her, true self? Is a significant rack the best way to tell the world that you’re a woman? After all those years of telling us that women are more than the sum total of our lady parts (regardless of shape and cup size), is this the optimal method of honoring the transition from male to female?

Yes, sex sells. But the price — true dignity — should have been too high to pay.

And even if you don’t see anything wrong with Jenner mimicking some Vogue model in an almost macabre echo of his old Wheaties cover, it’s only good taste to stop raising the — what? former man? — to the status of a Medal of Honor winner. There are levels of courage, and donning a white bustier for Annie Liebowitz falls significantly short of dodging bullets to save a fallen brother on the battlefield. Because saving that life is a purely selfless act. And let’s face it: There’s a huge measure of selfishness in Jenner’s transition.

We’re not allowed to mention this, of course. We’re supposed to act as if “living her truth” is wholly honorable and any discomfort or pain the former Bruce’s family might suffer is worth his sexual emancipation.

But take a look at the daughters, who are now faced with a father who exposes his new bosom in a national magazine. Look at the wife of two decades, who is criticized for her less than exultant response to her ex husband’s metamorphosis. Look at the sons, who hear questions asked about whether their father will “lose” his penis.

These are people, too, people who deserve consideration. As Arthur Miller wrote, attention must be paid. Out of respect for their feelings, the whole Bruce-to-Caitlyn sideshow should have been handled with some small measure of grace. The Vanity Fair travesty, accompanied by an article from Buzz Bissinger, was as far from graceful as the Kardashians are from the Kennedys, at least the ones from Camelot.

And that’s the saddest part. Bruce Jenner always seemed out of place among his brunette, botoxed, bawdy, buxom brood, the classy oasis in the midst of the trashy storm. In posing for that cover and in acting as if his epiphany is the only real and inescapable “truth,” he has given all of us permission to ignore the devastating impact that his choices will continue to have on his — I mean her — relatives. And that makes him — I mean her — as egotistical and self-obsessed as the K Klan.

True, some of the relatives have said they support “Caitlyn.” But in this society of enforced tolerance, it’s fair to assume they had no other options. Who, after all, wants to hear criticisms of a person who is finally “living her truth?” and forcing us to not only use her new name but her acquired pronouns?

Not the readers of Vanity Fair, that’s for sure.