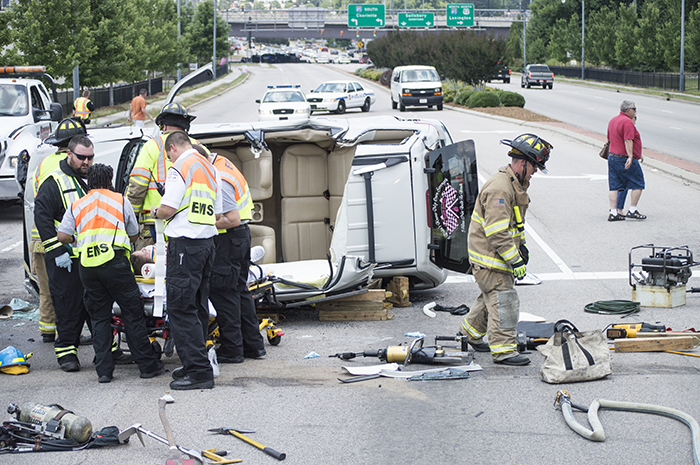 Josh Bergeron / Salisbury Post - Emergency personnel pull a female driver from a white Ford Escape that turned on its side in a two-vehicle accident at the intersection of Innes Street and Faith Road.

Two people were transported to the hospital after an accident at the intersection of Faith Road and Innes Street in Salisbury.

The accident occurred at about 1 pm., according to Salisbury Police Officer B.M. Casper. Two cars, each carrying one person, were involved in the accident.

Casper said the accident was still under investigation and no citations were immediately issued. At the conclusion of the investigation, Casper said charges could be issued.

A grey Toyota car was damaged on its driver’s side and facing South, toward Faith Road.

A white Ford Escape was turned on its drivers side. The car’s driver was trapped for several minutes before firefighters were able to extract the woman from her vehicle.