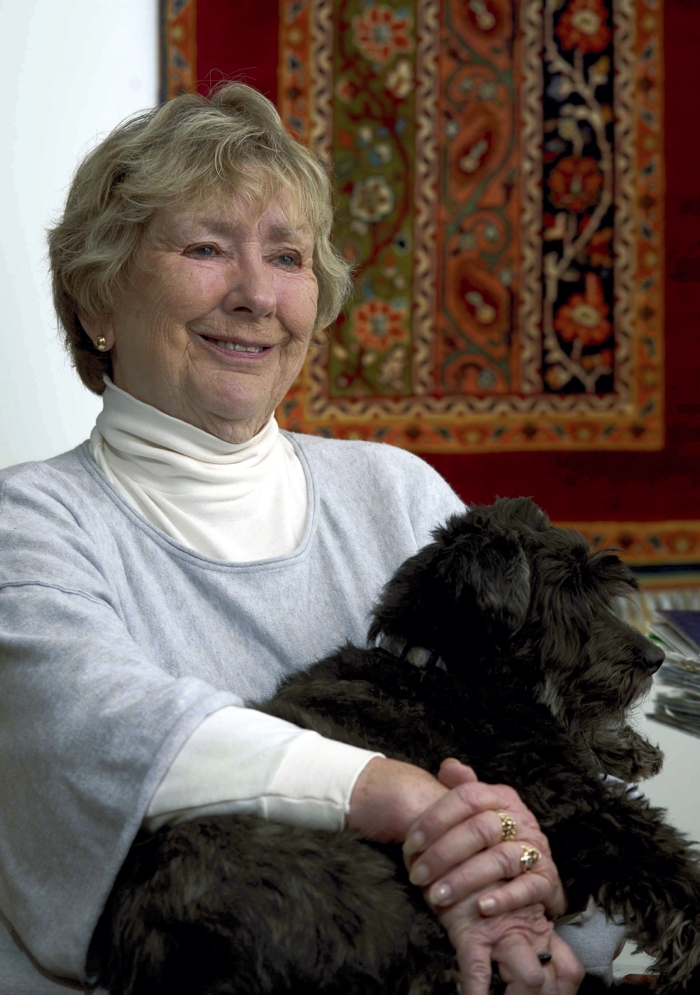 Salisbury's Karen Young was the first female to hold a seat on the Salisbury City Council from 1968 to 1971. Young was interviewed in 2013 with her dog "Fate". She died on Wednesday at 78. Photo by Jon C. Lakey, Salisbury Post.

Karen Young, the first woman to serve on Salisbury City Council, died Wednesday at her summer home in northern Vermont. She was 78.

Young became the first woman on the council in late 1968 when she was appointed to fill the seat left vacant when Earl Ruth was elected to Congress. At the time, just 31 years old, she served with L.F. Cox, Gordon Earle, mayor Paul Bernhardt and O.K. Beatty, the first black member of City Council.

The year prior, she had put her name on the ballot, but finished eighth in a 10-candidate race. “I think my candidacy interested a lot of other women,” she told the Salisbury Sunday Post after she was appointed to the City Council in November 1968, reflecting on that failed election.

The day she was appointed to council, she was also named Outstanding Young Woman of the Year by the Salisbury Junior Woman’s Club. She was re-elected to council in 1969, but lost in the 1971 election.

“I wasn’t proving a point when I went into politics,” Young told the Post in 2013. A native of New Hampshire and the child of a populist, liberal family, she simply believed she could do anything.

“I’m not a scholar. I’m a generalist,” Young said. “I’m interested in everything.”

Lyles and Young became friends during the women’s liberation movement in the 1970s.

Young’s birthday was Saturday, Lyles said, adding she spoke to her that day and Young said she was feeling well and that life was good.

Current City Council member Maggie Blackwell first met Young in 2009 when she was seeking advice for her first run at election.

“Karen was a strong woman who had the courage to stick up for her convictions,” Blackwell said. “That’s what I learned from her.”

“She was a very outspoken, very strong person,” Blackwell said, adding Young was a pioneer and a leader among women.

Funeral arrangements for Young have not yet been announced.

Young grew up in Asheville and attended St Genevieve-of-the-Pines girls’ school. She studied English at the University of Tennessee, where she met her late husband, psychologist Dr. Warren Young. In 1959, when she was 22 years old, they moved to Salisbury when he began practicing at the Veterans Hospital. For a time, she taught English at Boyden High School.

He taught at Livingstone College and served as president of the Community Service Council. He died at the age of 80 in 2010.

Young and her husband had two sons, Graham and Jason, and four grandchildren.

She told the Post her major accomplishment while on City Council was providing the swing vote that saved the piece of land that is now Hurley Park from becoming a hospital parking lot.

Young said her time serving on council made her a feminist. She was an active member with the National Organization of Women and the American Association of University Women. She was president of the local Association for Retarded Children. Her work teaching pregnant teens in the city school district inspired her to go on to get a master’s degree in social work at the University of North Carolina at Chapel Hill.

She worked as a guidance counselor in the county school district, and devoted herself to working with exceptional children, as well as abused and neglected students.

“I certainly think I grew up in an ideal time to get things done. We really believed we could change the world,” Young told the Post in 2013.