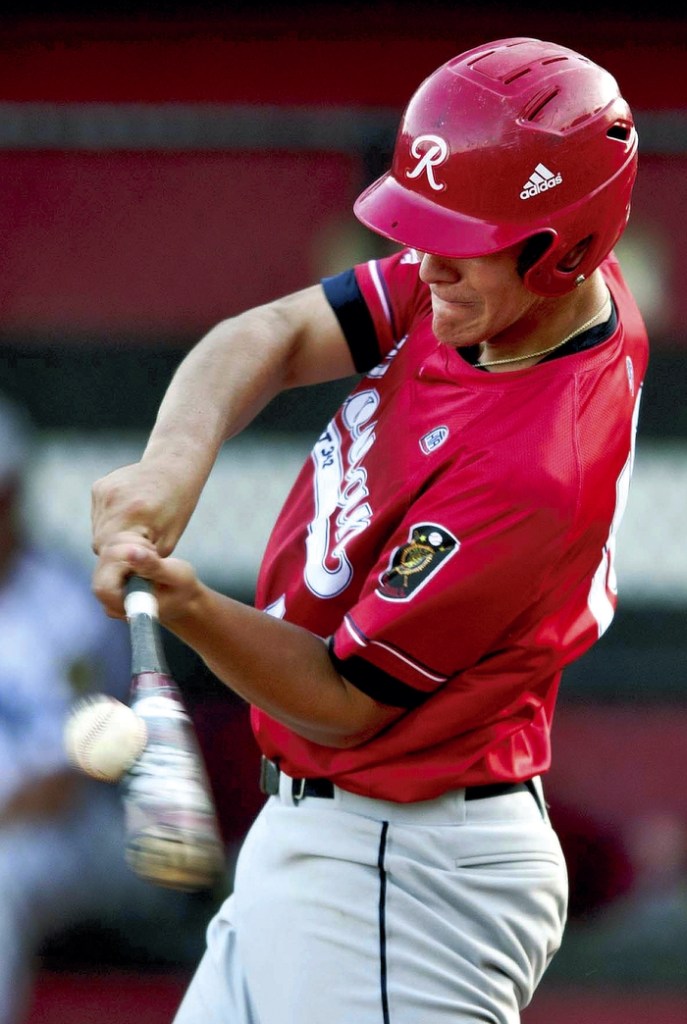 People still talk about the one Larry Ballard hit there, the one Daniel Wagner hit there, and the one Corey Seager hit there. Now they can talk about the one Hunter Shepherd launched for Rowan County American Legion.
“It’s not like that ball barely cleared the fence,” Rowan County coach Jim Gantt said in amazement. “It went out of here by a lot.”
Shepherd’s tape-measure, two-run homer in the fifth inning was the loudest lick as Rowan County crushed Southern Rowan, 14-1, in seven innings on Friday.
“I just tried to line it up and I put a good swing on it,” said Shepherd, a home-schooled, modest, sure-handed first baseman who is a Division I prospect. “We had a bad night Thursday (8-2 loss to Stanly) as a team, so we brought some extra focus tonight. We’ve got a good lineup and we had a lot of good at-bats.”
While the game doesn’t count in the Area III standings, both teams wanted to win it. This is the 20th year the neighboring programs have squared off. Rowan County (3-4) now leads the all-time series 34-8 and has won seven meetings in a row. This was the most lopsided contest in the series since Rowan County romped 18-0 at Newman Park behind Rocky Eagle in 1997.
“The only thing positive was that it didn’t count in the league,” Southern Rowan coach Ben Hampton said. “Rowan just tore the cover off the ball. They flat out squared up everything. They got guys on base and they did a job as far as getting them moved around.”
Southern Rowan tore the cover off the ball only once. Ryan Bearden, the extra-large left fielder, best known for sacking quarterbacks for Carson High, annihilated a pitch from Rowan starter and winner Bryan Ketchie in the second inning, giving Southern (6-4) an early 1-0 lead. Bearden’s no-doubt blast to left field was his third homer of the young season.
“I just got a fastball down the middle and didn’t miss it,” Bearden said. “But Ketchie was really good. His changeup was good, and he was locating his fastball.”
Ketchie has a sharp curveball, but Gantt, especially early in a season, likes to see his pitchers master their fastball-change up combination first.
“After the home run, I was able to get back to throwing strikes,” Ketchie said. “My command wasn’t great tonight, but I was usually able to keep the ball down.”
“Ketchie made a good adjustment after the early innings,” Gantt said. “There wasn’t enough difference in velocity between his fastball and change up, so he took a few more miles per hour off the change up and was effective. For a young guy, he’s got a really good feel for pitching.”
Rowan’s entire team had a really good feel for hitting. It was an 18-hit assault by all nine starters. Michael Caldwell had three hits, including two doubles, and Riley Myers had hits in his first three at-bats. Shepherd, Harrison Baucom, Kacey Otto, Heath Mitchem and Juan Garcia had two hits each. Jeremy Simpson and Dustin Ritchie also had run-scoring hits.
SR starter Burke Fulcher shut out Rowan for two innings, but Caldwell’s sacrifice fly in the third tied the game at 1-all, and hits by Shepherd and Otto made it a  4-1 Rowan lead in the fourth.
“We were a better hitting team tonight because guys weren’t trying to lift the ball,” Gantt said. “We were hitting line drives. You’ve got to work on being a good hitter first. After you become a good hitter, then you can work on adding power.”
Shepherd’s powerful home-run swing gave fans something to talk about, but the well-attended game was basically over after a six-run fifth inning gave Rowan County a 10-1 cushion.
Southern Rowan did load the bases in the sixth inning against Rowan reliever Cory Fries, but Fries got Bearden to fly out to end the inning.
“The good news is we don’t have to sulk about it because we’ll wake up tomorrow and we’ll get to play them again (at Newman Park),” Hampton said. “We’ll shoot for better results.”