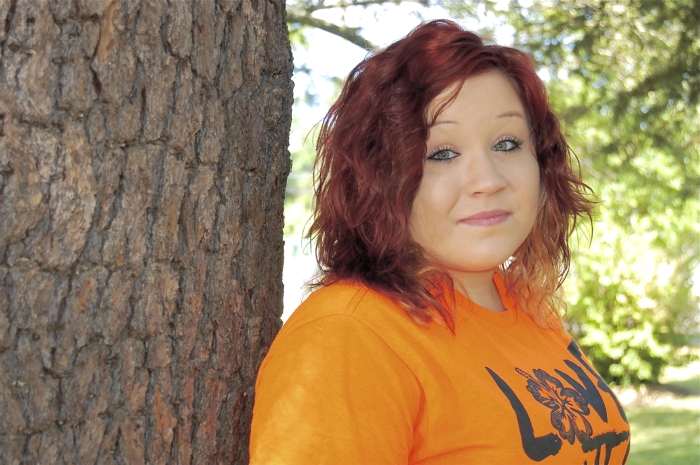 Stability isn’t something Haley Lefler is too familiar with.

As a child, she was passed around a lot, and consequently switched schools frequently.

“I did a lot of back and forth,” she said, adding that it put her behind in her classes.

When Lefler had Jaden, she would skip school because she didn’t have anyone to take care of him during the school day.

“I was originally supposed to graduate at West Rowan High School, but I dropped out,” she added.

Refusing to give up, however, Lefler returned to school – this time at Henderson Independent High School.

“I forced myself to come back and finish school,” she said.

“When I came here (Henderson), my grades improved a lot,” Lefler said. “The classes are smaller here. The teachers can work with you more. There’s no distractions. It’s easier to focus here.”

Having Jaden and going back to school have taught her to “never give up” and to “always keep pushing forward,” she said.

“I had a lot of growing up to do,” Lefler said.

Even though she was discouraged about graduating late, Lefler acknowledges that she made the right choice.

“Now I can have my diploma,” she said, adding that it will be easier to get a job and go to college.

“I want to go to Rowan-Cabarrus Community College and do cosmetology,” she said.