GRAD Senior perseveres through struggles to graduate with peers 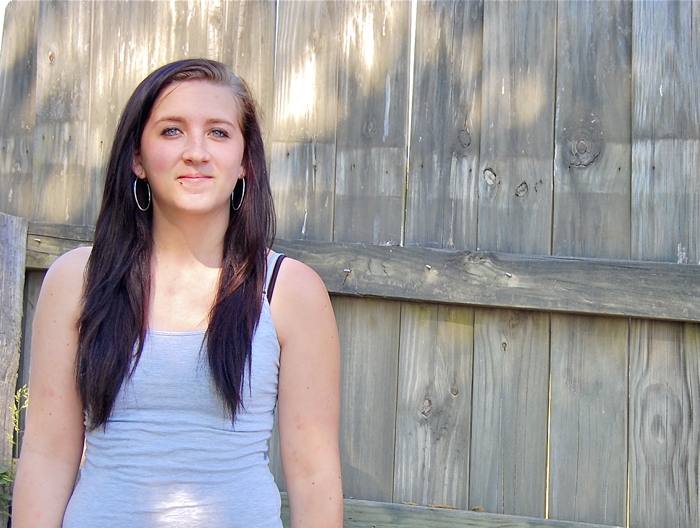 Middle school and high school weren’t easy for Dominique Cox, but through hard work, perseverance and credit recovery, Cox will graduate with her peers this year.

“It started in middle school,” she said. “I went through a lot of stuff with my parents.”

“They argued a lot,” Cox said, adding that that they also faced drug-related problems as well.

“Middle school was a breeze compared to high school,” she said.

Her parents split up her freshman year, and the following year, her father was arrested for running a meth lab.

“My mom has been in and out of jail a couple times because of issues with the same thing,” Cox said.

That year, Cox also lost her boyfriend in a car accident.

“That was really hard on me,” she said. “It was a lot of different things just adding on.”

As things continued to disintegrate in Cox’s personal life, she began to miss more and more class time, and she got further and further behind academically.

Over the next few years, things got slightly better.

“It got kind of easier,” she said, but added a new baby brother and a sick grandfather still make attending school a challenge at times.

Because Cox missed so many days of school, she’s had to use credit recovery to catch up with her peers.

“It was pretty hard,” she said.

This year, however, Cox said things have been more stable.

“My main focus was school,” she said, adding that she’s also had more help at school.

“It’s definitely easier the second time because you remember a lot more,” she said.

“This year, my biggest struggle was the senior project,” she said. “I worked really hard trying to get that done.”

Although she hasn’t decided where, Cox plans to attend college in the fall to work toward her ultimate goal of becoming a veterinarian.

“I’ve wanted be a vet since I was little,” she said, adding that she’s always enjoyed being around animals.