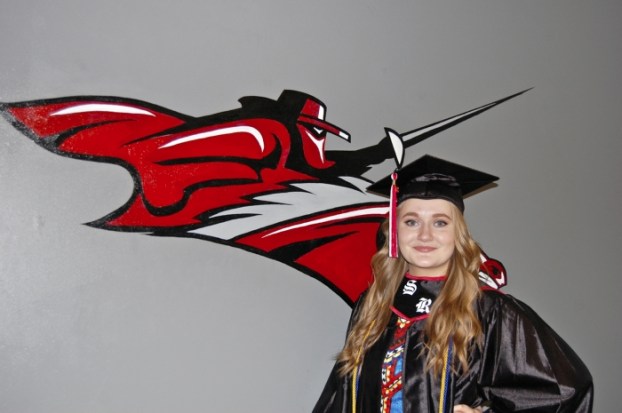 Shelby Huneycutt’s road to success definitely hasn’t come easy, but she hasn’t let the struggles keep her down.

Before she was born, her father was killed in an automobile accident. Her mother was distraught, and her grief eventually led to habitual drug use.

As a child, Huneycutt was neglected and taken into custody of child protective services before her aunt adopted her.

“I generally don’t let anything get me down,” she said. “I don’t let what people say or do around me affect anything I do.”

In 2010, her paternal grandmother passed away of lung cancer. Four years later, the disease took her adoptive aunt after battling stage 4 lung cancer for roughly a year.

“I have lost five people that I knew to cancer in the past four years,” she said.

Huneycutt will attend The University of North Carolina at Wilmington in the fall, where she plans to major in nursing to fulfill her dream of becoming a hospice nurse and eventually a hospice director.

“I want to be a hospice director because my aunt was a nurse and she inspired me to become one too,” she said.

Huneycutt is a senior at South Rowan High School. She loves to read and is involved in the art club, National Honor Society and the Patriots club.

“I want to be more than just a sob story. I want to make my dad proud,” she said.

“Despite her somewhat traumatic childhood, she refuses to hang onto the negativity and chooses to embrace life, and encourages others to do the same.  I know that her father and Aunt Sharon would be incredibly proud of the extraordinary young lady that she has become,” Fulghum said.

“Take every chance you have to be happy because you are only given one life, and no one knows when it will end,” Huneycutt said. “The past has already happened and there is nothing you can do to change it, so there’s no point in letting it ruin your life.”

Stability isn’t something Haley Lefler is too familiar with. As a child, she was passed around a lot, and consequently... read more