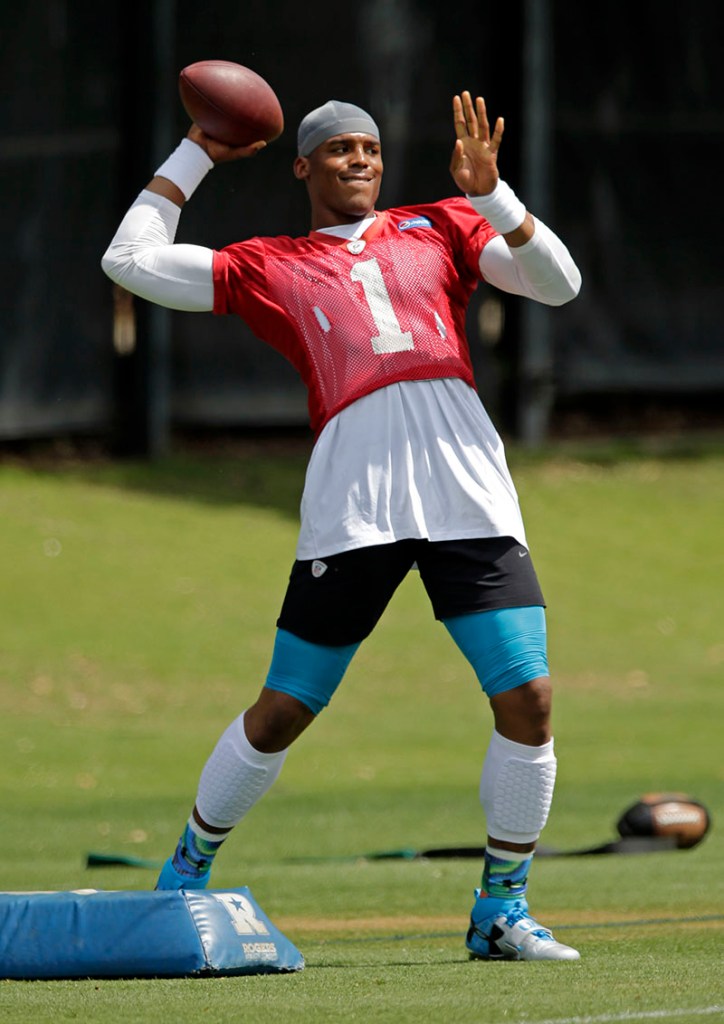 Newton will earn $67.6 million over the first three years, the most money ever paid to an NFL player during the first three years of a contract, said a person familiar with negotiations. The person spoke to The Associated Press Tuesday on condition of anonymity because the financial terms of the extension have not been released.

Newton’s contract is the largest ever paid by Panthers owner Jerry Richardson since the team started in 1995 and will keep the quarterback under contract through the 2020 season.

The Panthers have announced they will hold a press conference Tuesday evening.

The 26-year-old Newton has been to two Pro Bowls and led Carolina to back-to-back NFC South championships since the Panthers made him the No. 1 overall pick in the 2011 NFL draft. He is 30-31-1 as a starter with a 1-2 mark in the postseason.

Newton started immediately as a rookie, taking over a team that went 2-14 in 2010.

It took four seasons, but Newton finally got his first playoff win last year when the Panthers beat Arizona 27-16 in the NFC wild card playoffs.

Since 2011, Newton has completed 59.5 percent of his passes and has a quarterback rating of 85.4, which ranks 19th in the NFL, according to STATS. Newton’s 82 touchdown passes are 14th most in the NFL and he leads all QBs with 33 TDs rushing.

Protection has been a problem in Carolina.

Newton has been sacked 152 times since 2011, tied for the most in the league with Alex Smith. Some of those have been Newton’s fault for hanging on to the ball too long.

But at times early last year Newton barely had time to drop back and throw.

The Panthers have worked this offseason to get Newton more protection and playmakers. They signed offensive tackles Michael Oher and Jonathan Martin in free agency and drafted Daryl Williams from Oklahoma in the fourth round. In the passing game they drafted wide receiver Devin Funchess in the second round and brought back Ted Ginn Jr.

Newton was entering the final year of his rookie contract and was scheduled to make $14.67 million in 2015.

The Panthers have wanted to lock him before he would be eligible to hit the free agent market in February and to give them more cap flexibility.

Newton was named the NFL offensive rookie of the year in 2011 after throwing for 4,051 yards and combined for 35 touchdowns — 21 passing and 14 rushing. He’s He is the only quarterback in league history to throw for at least 3,000 yards and run for at least 500 yards in each of his first four seasons.

Newton is hoping to put an injury-plagued 2014 season behind him.

He missed most of the offseason workouts and minicamps following ankle surgery.

After returning Newton fractured two ribs during a preseason game and missed the regular season opener against Tampa Bay. And when the Panthers were in the midst of a late playoff push, Newton flipped his truck in an automobile accident near the team’s stadium. He was hospitalized with two fractured bones in his lower back but would return after sitting out just one game.

The Panthers finished 7-8-1 last season but still won the NFC South. Carolina’s season ended with a loss to Seattle in the divisional playoffs.