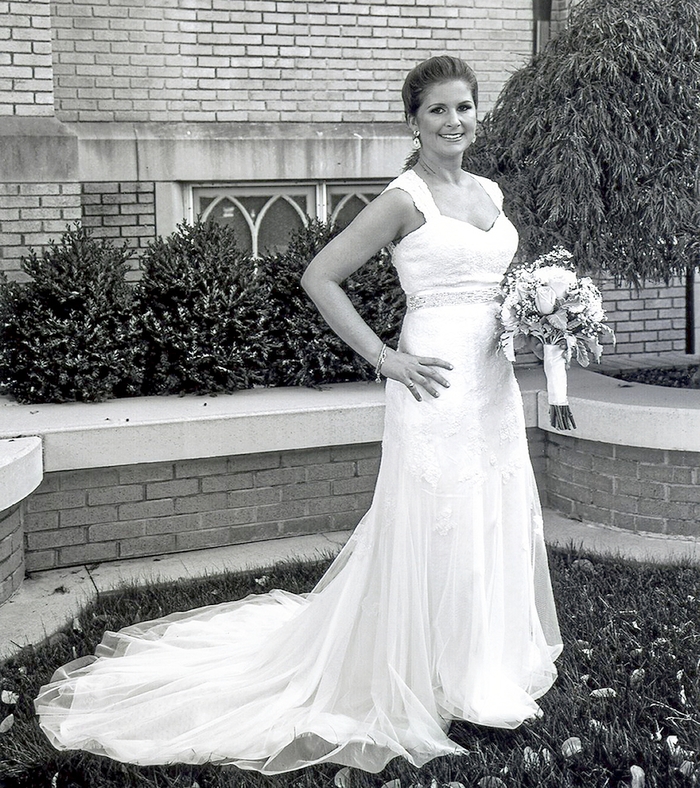 Ashley Nicole Messick and Gregory Scott Summitt were united in marriage Nov. 15, 2014, at St. John’s Lutheran Church. Pastor Rhodes Woolly officated the 2 p.m. ceremony, which was followed by a reception at Rowan Museum.
The bride was escorted by her father, Keith Messick, and attended by Emily Shepherd of Salisbury as matron of honor; Stacey Shafer of Salisbury as bridesmaid; and Grace Shafer of Salisbury as junior bridesmaid.
Tommy Summitt stood as his son’s best man. Ryan Haglan of Cleveland was groomsman, and Macon Kluttz of Salisbury was junior usher.
Jessie Hammill was flower girl, and Aiden Hammill was ring bearer. Both are of Rockwell. Guest registrar was Lisa Hammill of Rockwell.
The bride is the daughter of Jeff and Janice Nelson of Salisbury and Keith and Debbie Messick of Rockwell. She is the granddaughter of Jimmy and Jean Kluttz of Salisbury and the late Richard and Peggy Messick. A 2000 graduate of North Rowan High School, Ashley earned a Bachelor of Science from East Carolina University in 2005. She is employed by Novant Health Pinnacle Orthopedics.
The groom is the son of Tommy and Debbie Summitt of Salisbury and the grandson of Celia and the late Barkley Summitt of Salisbury and Jean and the late Ralph Cauble of Granite Quarry. A 2003 graduate of West Rowan High School, Greg is employed by the Kannapolis Fire Department.
Following a wedding trip to Hawaii, the couple are making their home in Cleveland.