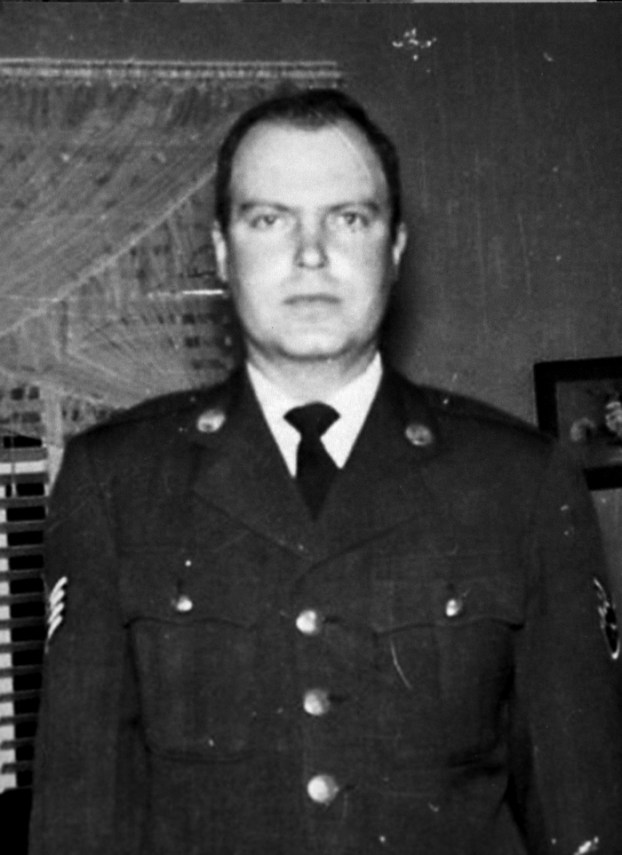 SALISBURY — Things are shaping up to give Chief Master Sgt. Edwin Everton Morgan, lost in Laos almost 50 years ago, a big homecoming.

His children, Frances Morgan Morris and Eddie Morgan Jr., will be returning with his remains June 25, and plans are in the works for a Patriot Guard and Rolling Thunder motorcycle escort from the Charlotte airport to Salisbury, then a procession over several Salisbury streets in which Morgan’s casket will be carried in a horse-drawn hearse.

A visitation will be held at Powles Funeral Home in Rockwell from 5-9 p.m., June 26, followed by an 11 a.m. funeral June 27 at First Baptist Church in Rockwell. Burial will be in Brookhill Memorial Gardens.

Exact times for the motorcycle procession coming into and through the downtown are difficult to pin down at the moment, because Morris and Morgan can’t say with certainty when the motorcycle escort will be able to leave the Charlotte airport and arrive in Salisbury. If all goes according to schedule, the procession should make it to Salisbury around 3 p.m.

In Salisbury, the procession welcoming Morgan’s home will proceed down South Main Street from Stallings Memorial Baptist Church to West Liberty Street, North Church Street and back to West Innes Street, where it will turn at the Confederate statue and follow West and East Innes streets to Avalon Drive.

Morris said she and her brother will be flying June 22 on a commercial flight to Hawaii, where they will go to the Central Identification Laboratory at the Joint Base Pearl Harbor-Hickam. Their father’s remains have been stored there.

They will place their father’s remains in a casket, which they’ve already chosen, before leaving Hawaii with the flag-draped casket on a Delta flight home on June 24. On the flight back, Air Force escorts will be with Morris and Morgan.

After a five-hour layover in Atlanta, Morris and Morgan expect to arrive in Charlotte at about 12:45 p.m. on June 25.

Sara McCubbins will be providing her non-profit War Horse Warriors to Morris and her brother. During the Salisbury procession, McCubbins will be guiding one of her black horses, Daisy, as it pulls a 1890 replica hearse with Morgan’s flag-draped casket inside and visible through the glass windows.

“This, to me, is an amazing story and homecoming,” McCubbins said.

Her unique hearse will be part of a procession expected to include law enforcement, Air Force personnel, the Patriot Guard, Rolling Thunder and the family.

On Feb. 20, Morris received a call from the Air Force that her late father’s remains had been recovered and verified from a plane crash site in Laos.

Edwin E. Morgan was a loadmaster on a seven-man crew aboard an AC-47D that left Da Nang, South Vietnam, on an armed nighttime mission, March 13, 1966.

The crew was flying over the Quang Nam Province near the Laotian border on what was supposed to be a three-hour mission. Shortly after the plane’s departure, the air base lost radio. Search parties later turned up nothing, and for the next 12 years, the crew members were listed as missing in action.

The Air Force officially changed Morgan’s status from missing to a presumptive finding of death on Jan. 8, 1978. His wife, Beth, and their children Frances and Eddie Jr., attended a service for Morgan at Brookhill Memorial Gardens Jan. 21, 1978.

Beth Morgan erected a marker for her husband in the Brookhill cemetery before her own death in 1983.

Morris was 6 years old and living in Charlotte with her mother and father when he left for Vietnam, Jan. 22, 1966. At the time, Beth Morgan was two months pregnant with Eddie Jr. Less than two months later, Edwin Morgan disappeared on that nighttime mission.

The Air Force never stopped looking for Morgan’s plane, and in 1997, it notified Frances and Eddie Jr. that remnants of the AC 47 had been found in a remote, mountainous area of Laos, not far from the Vietnamese border.

A piece of the landing gear was the biggest thing left, and the site was extremely overgrown. Over the years to come, Frances and Eddie Jr. would receive updates from the Air Force when excavations of the site were done.

In 2010, some small bits of human remains were unearthed, leading to a painstaking task of trying to identify to whom they belonged. Beyond that, the biggest excavation find was the recovery of Edwin Morgan’s dog tags, which were delivered to Morris and Morgan in May 2014.

What the Air Force found of Edwin Morgan’s remains can fit in the palm of her hand, Morris has said. But they included some teeth and partial bridgework matching his dental records, plus DNA tests gave the Air Force 100 percent confidence they belonged to Morgan.

Edwin E. Morgan had served briefly in the Navy before re-enlisting in the military in 1948, but with the Air Force instead. His postings had included different U.S. bases, besides stops in Bermuda, Germany, France and Vietnam.

He posthumously received the Purple Heart.

The Air Force offered to pay for one roundtrip ticket for a family member to fly to Hawaii to escort the remains back to the States. At first, only Morris planned to go, but an anonymous donor has paid for Eddie Jr.’s ticket, allowing him to accompany his sister.