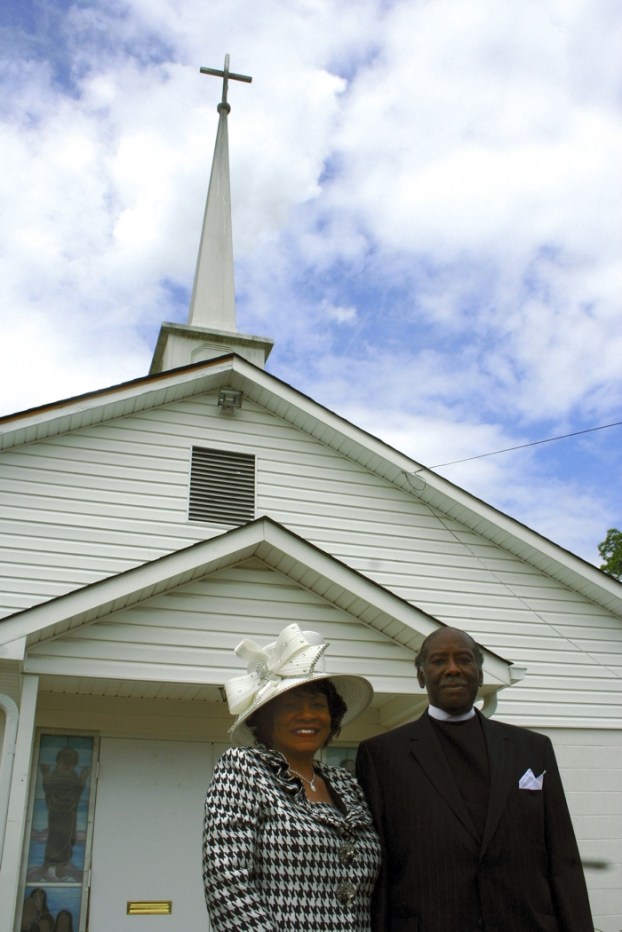 Elder Thomas Clawson and his wife, Doris, are co-pastors of Lilly's Chapel Church of God. 'The love and family atmosphere keep us here,' Doris says.

Lilly’s Chapel Church of God, 618 WE. Thomas St., is celebrating its 100th year this weekend with a variety of special services and speakers.

The congregation was founded under the denomination of the Church of God Founded by Jesus Christ Inc., which broke ties with the African Methodist Episcopal Zion church at the beginning of the 20th century.

Elder Thomas Clawson and his wife, Doris, serve as co-pastors for the 50-member congregation. The church is the site of the denomination’s annual gatherings, and there are 18 churches nationwide with 10 in North Carolina.

Thomas has served the congregation for the past 23 years. The Salisbury native is 74, but says, “I’m not planning to retire anytime soon.”

He is the presiding elder in the church’s Southern Diocese, and has seen his congregation grow over the years.

“We have some young people who are really enthusiastic about church,” he says, noting that several sons of the congregation have started their own churches.

“The love and family atmosphere are what keeps us here,” she says.

Lilly’s Chapel was founded in 1915. Its first pastor was William Lilly, for whom the church is named. He served until 1943. His granddaughter, Sandra Lilly of Dunn, will be attending this evening’s banquet.

The original church building burned in 1977, but was rebuilt in 1983. The sanctuary itself is plain, but is accented with colorful and bright stained-glass windows.

The congregation has had special services on Thursday and Friday evening, with a banquet this evening. Speakers have included Dr. Mary K. Thomas, general missionary president; Elder William Smith, who presides over the Northern Diocese; and Vice Bishop James Davis, who will speak at this evening’s banquet.

“These are celebratory services,” Thomas says. “We wanted to do something spectacular and different.”

The men of the church prepared a meal for the women on Mother’s Day, and the women will reciprocate on Father’s Day.

“We’ve got men who love to cook — the best cooks you’d ever want to meet,” Doris notes.

In October, the congregation hosts a day for family and friends at Dan Nicholas Park.

With a small congregation, Thomas and Doris find it easy to visit with members in the hospital or who are homebound. Doris is not only the co-pastor and first lady, she is the administrative assistant, too. She wears many hats — literally — because she has a collection of beautiful hats for Sundays.

The Clawsons have been married since 1978, and have a son, Thomas Jr., who serves as the church musician.

Thomas grew up at Lilly’s Chapel and fondly remembers the Royalettes Club, caroling at Christmastime and attending conventions as a youngster.

“I still have the old pictures,” he says. “I love collecting memorabilia.”

Some of that memorabilia will be on display this weekend.