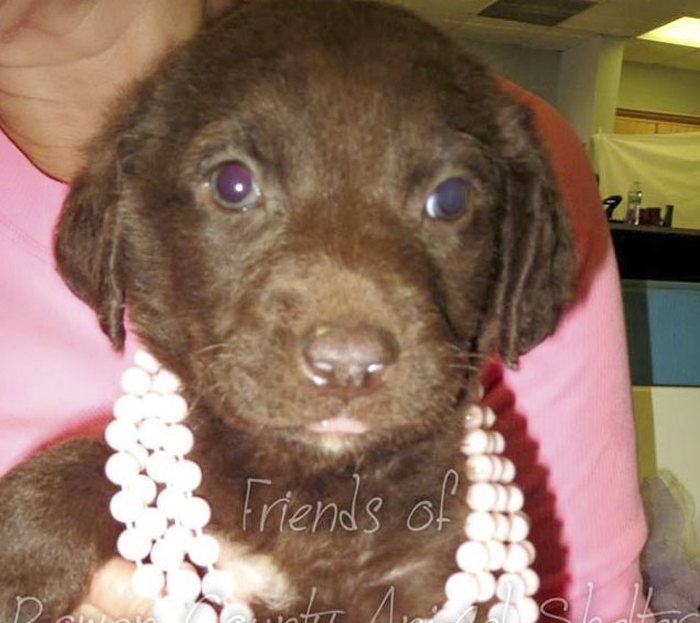 Someone stole this brown Labrador blend puppy, seen in this photo, from the Rowan County Animal Shelter. Rowan authorities are looking for a woman in her late 40s to early 50s who took the dog during a busy time at the shelter and walked out with it. She was seen getting into a late model burgundy Toyota Camry. Submitted photo

Rowan authorities hope the public can help them find a woman who they say stole a seven-week-old puppy from the Rowan County Animal Shelter.

The woman walked into the shelter Tuesday during a busy time, asked to look at a brown Labrador mixed-breed pup, and when no one was looking, she walked out the door.

She is described as white, in her late 40s to early 50s, 5 feet, 8 inches tall, blonde and was wearing a dress. The incident occurred sometime around noon. She was seen leaving in a late model burgundy four-door Toyota Camry.

The puppy had only been at the shelter for a few days and had not been put up for adoption, Rowan authorities said.

A Rowan County Sheriff’s deputy contacted the person who brought the dog into the shelter to determine if he knew the woman matching the description. Officials said he didn’t know anyone matching the vehicle described.

Sheriff’s Capt. John Sifford said larceny of a dog is a felony offense. Authorities hope to obtain surveillance video of the theft.