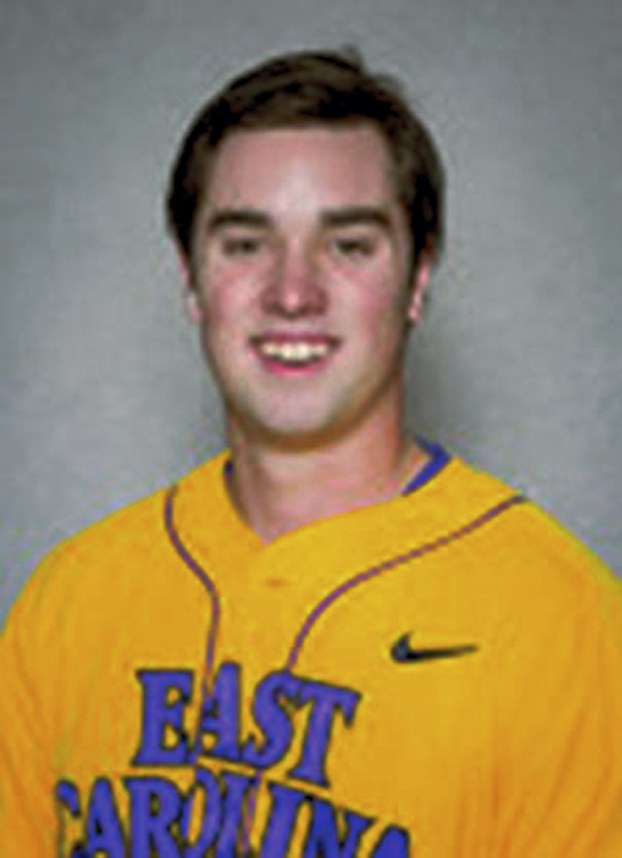 East Carolina baseball players introduced themselves one by one to the audience at a recent awards banquet.

Tyler, known as a brilliant defensive catcher in his days at South Rowan High, has enjoyed a remarkable and unexpected sophomore season for the Pirates (40-20). He’s only caught four games, but he’s started 57 out of 60 — three at first base, 21 in left field, 25 in right field and four at designated hitter.

He hasn’t been charged with an error all season.

“It’s been kind of amazing,” Tyler said. “All through the fall I was a catcher, but I did fill in a few games at first base when they wanted to give me a break. Then I was having good enough at-bats that they started using me at DH some.”

“He told me to get ready to take some flyballs in practice, and I guess they liked what they saw,” Tyler said. “Then I started playing the outfield. I like it. I don’t get nervous until they hit it to me.”

Tyler was a versatile performer at South Rowan and is a fine athlete who also helped the Raiders in football and basketball. When he took a break from catching, he often played shortstop.

As a college freshman, Tyler contributed with his defense behind the plate and caught first-round draft pick Jeff Hoffman frequently.

“I just never got comfortable at the plate and kept making changes trying to find something that worked,” Tyler said. “But coach Godwin has done wonders for my offense.

“From Day 1 this season, I’ve kept the same approach, and the same practice routine, and that’s why I’ve hit so much better. If I start doing something wrong, he notices it in a few seconds and fixes it.”

Tyler has been so solid at the plate — .273, three homers, 11 doubles and 25 RBIs — that Godwin finds a place in the lineup for him every day. He’s fifth on the team in RBIs and runs scored, and he’s gotten on base 38 times via walks and HBPs. His on-base percentage is a healthy .385.

“We don’t worry much about batting average,” Tyler said. “We focus on having quality at-bats. That’s about the only stat you see posted here — percentage of quality at-bats.”

Tyler has hit everywhere in the lineup except leadoff and ninth.

“I don’t care where I play or where I hit, I just want to be on the lineup card somewhere,” Tyler said. “In our conference tournament, I was batting eighth until the championship game.

“I came to the ballpark for that one, and I found out I was hitting cleanup. I had no idea why. Didn’t question it. I just tried to have quality at-bats.”

He drove in two runs as the Pirates won the American Athletic Conference Tournament by beating Houston.
East Carolina wasn’t bad last season (33-26), but it’s been better this year, especially in a sizzling stretch run in which the Pirates have 20 of their last 25 games.

“We had walk-off wins three straight games in April against N.C. State, Duke and Central Florida,” Tyler said. “That was my best moment this season. I was 0-for-5 in that Central Florida game, but then I got a walk-off single up the middle in extra innings.”

Tyler and his teammates flew out of Raleigh to Florida on Wednesday, as one of 64 teams in the NCAA tournament. ECU’s four-team regional includes Columbia, Florida International and host Miami.

Seeded second, the Pirates play Columbia on Friday at 1 p.m.

Tyler has no idea what position he’ll handle or where he’ll bat in the lineup, but he knows he’ll be an integral part of a very good team.

“We’re having fun,” Tyler said. “This season feels like my junior and senior seasons at South when we made good runs in the playoffs.”

Intimidators: Kannapolis lets one get away

KANNAPOLIS — A not so funny thing happened to the Kannapolis Intimidators on Wednesday en route to a series sweep... read more