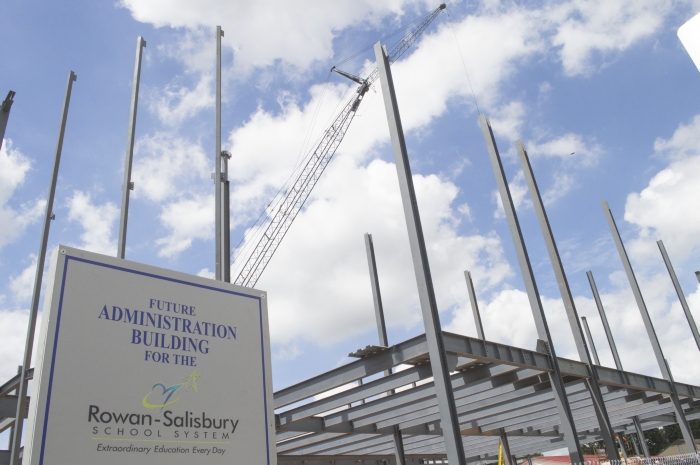 A crane and steel beams tower over the future site of the school system central office building on North Main Street in Salisbury.

Signs of progress on the future site of the Rowan-Salisbury School System Central Office now tower over North Main Street in Salisbury.

Dozens of metal beams have been erected at the future site of the Wallace Educational Forum, at the corner of West Cemetery Street and North Main Street. With the beams sitting above the top of a chain-link fence that separates pedestrians from the construction site, the buzz of activity is now easily visible from the street.

A large construction crane towers over the site, occasionally delivering materials to workers for placement on the new structure.

Construction began in April. Likewise, a groundbreaking for the site was held on April 18.

School system officials have projected the building to be occupied by early 2016. It’s funded through a combination of county, city and charitable money for a total cost of about $8 million. The largest portion of funds is a $6.5 million loan, secured by Rowan County.