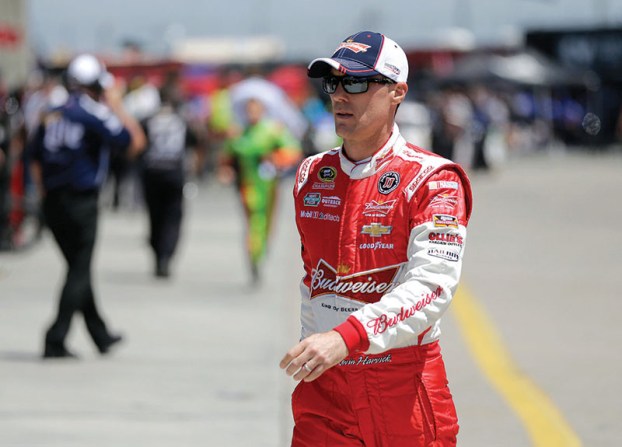 CONCORD — The unquestioned owners of the mile-and-a-half tracks on NASCAR’s top series are Jimmie Johnson and Kevin Harvick.

Dating back to the fall 2014 race at Charlotte Motor Speedway, the two have claimed first place in seven consecutive races on the intermediate raceways.

At Atlanta in the second week of the season, Johnson took home the checkered flag with Harvick finishing second. It was the same result as the 2014 running of the Coca Cola 600, a race Johnson has won four times.

“I think the 600-mile race has always been good for us,” Johnson said. “Chad and I seem to fix our race car well as the night goes on, be aggressive with adjustments, chase the race track well, I do a nice job searching for lines, and the distance of the race doesn’t bother me.

“I think we’ll have a strong night. We’ve got a few things to sort out today and even in Saturday’s practice sessions based on what we learned and what we saw during the all-star race.”

The Sprint All-Star Race was not kind to Johnson. He hit the wall in the first segment and wasn’t a strong contender before coming home with a 15th-place finish.

“Unfortunately, the showing we had in the all-star race was less than stellar,” Johnson said. “So, the confidence normally we would walk in with has been diluted with a lack of speed then. We brought back a different car, and we’re certainly trying to do things differently in the set up with the race car.”

Meanwhile Harvick finished second under the lights Saturday in the 110-lap race with a $1 million prize. He worked his way up to second but was unable to get past Denny Hamlin before the checkered flag dropped.

Harvick is looking for something different this week.

“I think when you’re coming to Charlotte, you want to run well,” Harvick said. “This is one you circle on the calendar. The Coke 600 is definitely one of those you want to win and Rodney [Childers] and the team guys want to win.

Both drivers had to work for their top-two finish in 2014. After a caution with 22 laps left ruined Carl Edwards’ chances of winning, Matt Kenseth took the lead from Jeff Gordon on the restart. Johnson moved into second and slowly but steadily ate into Kenseth’s lead.

The six-time Sprint Cup Series champion seized the top spot from Kenseth coming out of the fourth turn with nine laps to go. He pulled away from Kenseth in the same fashion to get his first win in 2014 by 1.2 seconds.

Harvick, meanwhile, had to fight his way to a second-place finish. His car was as good as Johnson’s that night at Charlotte, but he had to overcome two penalties for loose lug nuts on pit stops.