Elizabeth Cook: Brown nudges SHS out of the box 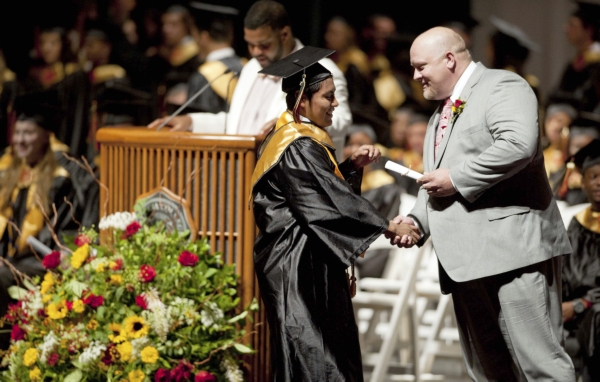 Luke Brown said he was a little nervous talking to the Salisbury Rotary Club last week.

In the audience was his boss, Dr. Lynn Moody, superintendent of schools. Beside him was Dr. Windsor Eagle, former longtime principal at the school Brown leads now, Salisbury High School.

As Brown went on to talk about the changing education scene, the only people who might have felt nervous were those who believe schools should operate the way they did when we were children.

Brown showed side-by-side photos from 1950 of a car factory and a school classroom — assembly lines, desk rows and all.  The classroom looked a lot like mine in the 1960s and 1970s and my daughters’ in the 1990s.

Then Brown showed a 2015 comparison of those two worlds. The car factory was transformed by robotics and work teams. The classroom? It was brighter and more colorful than its 1950 counterpart, but rows of desks still dominated.

“We haven’t moved. We look the same,” Brown said of the classroom. Schools have been sticking to an education model that’s been outdated since 1960, he said. If this were a business model, our company would have gone bankrupt long ago because it didn’t adapt.

Brown had to adapt quickly when he started his job at Salisbury High in January 2014.

After 30 years under Dr. Windsor Eagle’s leadership, the school fell into turmoil under the leadership of his successor, Dr. Avis Williams.

Williams lasted a little more than a year, resigning in October 2013 to take an administrative position with Guilford County Schools. She’s about to move again. On Friday, the Tuscaloosa, Ala., City Board of Education voted to hire Williams as assistant superintendent.

People are hoping Brown will stick around.

Employers look for adaptability and creativity when they’re hiring people, Brown told the Rotary members. Bosses want workers who think outside the box, he said, while No Child Left Behind “promotes the box.”

Brown is taking a new approach to scheduling students’ classes at Salisbury. He said an analysis of discipline problems at the school revealed that:

• 83 percent of those incidents occurred in the last 45 minutes of the 90-minute classes.

Brown said part of the problem was the amount of time students have to sit in class. Students “suffering from childhood,” as he put it, are prone to trouble as the class goes on.

His solution? Take away the last 45 minutes of class.

Brown talked about teachers recognizing students’ diverse needs. “I don’t want teachers to talk about teaching. I want to know what students learn.”

If you’re a protector of the status quo, talk like this might make you nervous — and this is just a small dose of the change educators have to embrace.