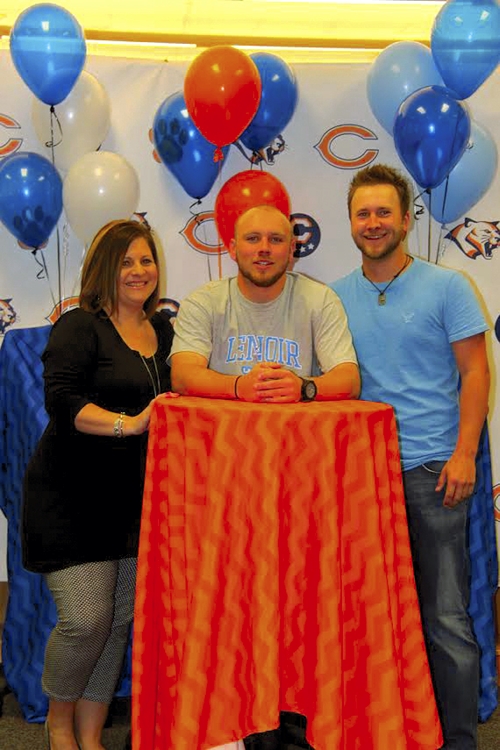 CHINA GROVE — The percentage of Rowan County baseball fans who know Lenoir Community College’s mascot is the Lancers is quite small, but that percentage should increase over the next couple of years.

“The coaches sent a recruiting video out to schools, and Lenoir called me to come up there for a workout,” Saul said. “I liked the coaches, and I liked the school, and I actually signed with them right before this season started. It took a lot of the pressure off for my senior year.”

Saul’s no-pressure senior season has been his best. He’s batting .340 with nine doubles. He’s second on the team in RBIs and fourth in runs scored. His contribution has been equally important on defense. He’s been a rock at second base, while working with freshmen shortstops Owen White and Cameron Prugh.

“Saul has been fabulous at second base,” Carson coach Chris Cauble said. “He’s well-suited to play there at the next level.”

Saul arrived at Carson with a reputation as a talented pitcher/shortstop, but it was tough to break into Carson’s lineup or pitching rotation. Carson had hurlers Colton Laws, Dillon Atwell and John Daugherty in the class ahead of Saul, and they had Austin McNeill to man the shortstop position.

“I guess I picked the wrong time to go to Carson,” Saul said with a laugh. “I had to wait my turn.”

“I remember when our catcher (Bryson Prugh) got ejected from a conference game and Saul had to catch,” Cauble said. “They had runners at second and third, and then Saul makes a big tag play at the plate.He’s helped us in a lot of ways and at a lot of places.”

Saul was usually in the starting lineup as a junior and did a nice job at third base. A lot more has been asked of Saul offensively as a senior, and he’s come through.

“We’re a really, really young team,” Cauble said. “Just a few seniors and a lot of the juniors who are playing didn’t have experience. Saul’s been great as a leader. He’s been instrumental with how well we’ve played down the stretch.”

Saul is happy with Carson’s 16-9 season and should be. Carson has three freshmen, a sophomore and four juniors in key roles.

“Our young guys really improved,” Saul said. “We were competing for the SPC championship until we lost that (4-3) game to West Rowan. We fought for that game, but it doesn’t always go your way.”

Saul and the Cougars will be in playoff action tonight at home against Enka. Saul will play again this summer for the Southern Rowan American Legion team — and then it will be time to  join the Lancers.