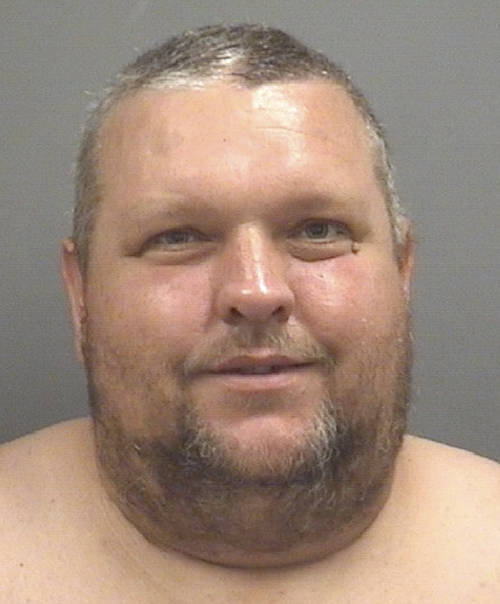 Naked neighbor back in jail for skipping out on cab fare

A man charged a week ago with indecent exposure after he refused to put on clothes while sitting naked on his back porch is back in jail, this time officials say because he skipped out on $34 cab fare.

Brian Tracy Carroll, 45, of the 2800 block of Deal Road, Lot No. 5, was charged with the misdemeanor hire to defraud. He remains in the county jail under a $500 secured bond.

Rowan Sheriff’s deputies are familiar with Carroll because on May 2 they were called out to his Mooresville home after receiving a call from his neighbor. The neighbor, John Ault, called to tell authorities his neighbor was naked and sitting about 30 feet from Ault’s home and where his 17-year-old daughter normally rides horses.

When deputies arrived, Carroll refused to put on clothes because he had an issue with Ault. Young also threatened to shoot Ault with his AK-47 before authorities arrived.

In this latest incident, officials said Carroll got into a cab on Monday and arrived at a home and refused to come out to pay the $34 fare. The cab driver contacted law enforcement who spoke with Carroll’s brother-in-law.

Carroll told the deputy his wife, Betty, would pay the money. However, someone else in the house said they were on the phone with Betty. The deputy spoke with Betty who told him she was in West Virginia because she was tired of Brian. The officer asked if she had a way to pay for the cab. She did not and Carroll was arrested.

When Carroll arrived to the detention center he became irate and told deputies he was suicidal. He was placed in a cell by himself.

One person was injured Monday evening when an Amtrak train traveling north from Charlotte struck a vehicle near Linwood. The accident... read more