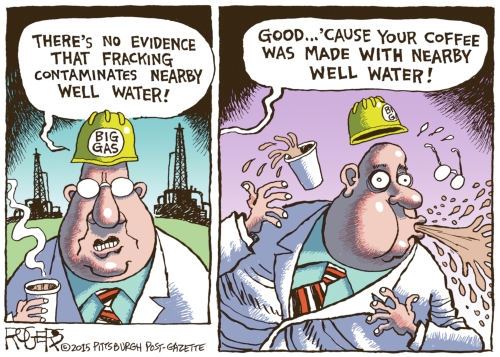 Recently the Salisbury Police Department had five patrol cars and at least eight officers giving speeding tickets on I-85. A recent survey ranked Salisbury ninth in crime in North Carolina. I feel the citizens are better served if the police patrol the streets of Salisbury rather than harassing the citizens passing-through on I-85. I do not see much violent crime happening on I-85. Is the police department trying to make speeding tickets an income stream for the city?

Editor’s note: Rory Collins, Salisbury’s chief of police, says Salisbury Police worked with the N.C. Highway Patrol from 9 a.m. to 3 p.m. April 22 on a project aimed at reducing speed and the injuries and fatalities that can result from excessive speed.

Seven Salisbury officers participated, according to Collins — three from traffic safety and four from the Street Crimes Unit.

“We chose to involve the Street Crimes Unit officers in this project due to the fact that interstates, all across the country, are known to be used heavily for drug transport from state to state and community to community, etc. “

None of the officers assigned to patrol the city’s neighborhood quadrants were used in the project. Collins says “a second Street Crimes team was able to conduct proactive patrols and enforcement within our neighborhoods.”

The Highway Patrol had eight troopers involved in the project, Collins says.

“Based upon the results, which are shown below, I believe this project was necessary and hugely successful,” the police chief says.

1 fail to move over

Regarding the crime ranking, Collins says the data the FBI shares on its website is dependent upon the reporting agencies’ protocols.

“Unfortunately, not all police agencies record crime data in the same manner,” Collins says, “which means that when this information is used in surveys to compare differences between various communities, as is often the case, and when the data is used to rank a community in terms of how safe it is, or is not, this comparison is not always done based upon the same criteria and the surveys, therefore, become skewed.”

I returned to Charlotte from Vietnam in January of 1969 as a disabled veteran. I was assigned to the Salisbury VA hospital and commuted two times per week from Charlotte.

The Salisbury VA was the most dismal, miserable place I had ever entered. Everyone took a lackadaisical approach to everything and proper service was near impossible. To me, it was a scary place to be.

I was quick in those days to express my opinion and once was facing a police escort to the exit as I over-expressed my opinion that day. I decided it was best to seek medical attention elsewhere.

The good part is that it got me to Salisbury.

I was complaining to my neighbor five years ago about the major increase in my insurance and he suggested I use the VA. After six months of pushing he convinced me to give them another chance. I reluctantly went and as they reviewed my records they put me on fast track for processing and I was extremely impressed with the action taken. They quickly healed the past.

I’m sure there are problems in some cases but I can tell you first hand that I’m amazed at how nice everyone is that I come in contact with and how professional the service is.

A great thanks to the fine people I come in contact with at the Salisbury VA.

The writer is responding to a May 3 letter from Chris Cohen, “Anti-plaza comments misrepresent reality.”

Yes, I remember the courthouse roof renovation done in 2013. At that time I was in and out of the courthouse several times while it was done. I don’t remember any structural work being done at that time. I don’t believe that any corrugated steel panels were replaced nor any of the structural beams. So that Ferrari renovation as you called it was not a roof replacement. By the way, your numbers were off. Below are the actual numbers for that job:

• District attorney’s section of the Justice Building is approximately 11,000 square feet, according to the ADW Architects’ master plan.

• The renovation (not replacement) was $196,500, according to the Rowan County Finance Department memo to the Board of County Commissioners.

Another thing with the West End Plaza (Salisbury Mall): a simple recoating of the surface will not remove the water trapped in the foam lining of the roof. Several if not all of the corrugated roofing panels need replacement because of rust. They are $375 for each 8-foot-by-35-foot panel. Also there are several beams in the former Belk and JCPenney parts of the plaza that need replacement. At $675 each plus labor, that is going to cost a bit more. If you don’t believe me see the pictures that Terracon added in their letter to ADW Architects that described all the defects they found and listed.

The N.C. Department of Transportation’s misuse of the funds raised through the gas taxes is the reason state roads, bridges and overpasses are in the condition they are in.

Converting roads to tolls is almost criminal in the way it is conducted, with 50-year contracts given to questionable companies. Everyone in North Carolina should be infuriated by this.

A recently added clause now would require the state to pay this company if the DOT builds additional lanes for 50 years! On the stretch of I-85 through Cabarrus County — which should have been widened years ago but for the now-defunct “equity formula” — their plans for redesigning exits 58, 60 and 63 are ludicrous and unneeded.

Spending almost $100 million and using 100 acres of land for one intersection at I-485/I-85 defies imagination, yet they brag about it.  Interchange designs at Poplar Tent and I-85 and the new traffic patterns to get to the Concord Airport are a nightmare.

Add in the traffic circles they are suddenly enamored of and you have to wonder if their engineers got their certifications from Cracker Jack.  Our representatives need to be involved; DOT needs to be reorganized.

Ben Carson has it all

Why I like and will vote for Ben Carson:

1. He is not a politician, his concern will not be about his re-election but to do what is the right thing to always do.

3. He is not a politician, but his Foreign Policy will be to do what is the right thing to do for the country.

6. He is not a politician and understands that Obama Care does not advance the well being of the country but will eventually destroy the Medical Profession, the Insurance Industry and the economy of the country.

7. He is not a politician and understands the government cannot spend and borrow its way to prosperity.

8. He is not a politician and understands that good common sense is always better than any and all political nonsense.

9. He is not a politician and would not be afraid to use the power of the country to protect and defend his country.

10. He is not a politician, I remember the last man elected president who was not a politician and the positive mark the left on the country — it would be a good time for another man whose concern is not so much for himself or the party but for his country.

So the Charlotte City Council is in a tizzy about bathrooms? Some on the City Council want people who are guys, but who really, really want to be girls, to be able to go into ladies’ room? That’s a big deal to them?

Maybe that’s why it has been over 10 years since I felt any desire to visit downtown Charlotte. It is becoming one very, very weird place. A Detroit and Baltimore in the making.

Would that North Carolina could get South Carolina to swap out Horry County for Mecklenburg County. Or just take Charlotte off our hands. Wonder what South Carolina would charge us to just haul it away?

Pray for our officers

In recognition of the National Day of Prayer on Thursday, May 7, I wanted to honor some of our community leaders with a time of prayer and fellowship. Thanks to Melanie Thompson, I had the joy of spending time with two of Salisbury’s finest policemen, Mark McDaniel and Joe Miller.

My heart and prayer goes out to our men and women in blue. We are truly blessed as a community to have them. I look forward to getting to know all of you better, with no traffic violations involved. 🙂

I’ve been listening to the debate over public prayer in governmental meetings for the last few years and just don’t understand the problem. It is not difficult.

Simply have a minute or two of silence at the beginning of the meetings and invite all in attendance to pray or meditate or whatever they do in their own silent way.

That way no one is actively proselytizing for their brand of religion. Silence is golden.

A month from now, students  in the Rowan-Salisbury system will rush out of school, eager for summer vacation. No more... read more